Why organization is key to a successful youth football league 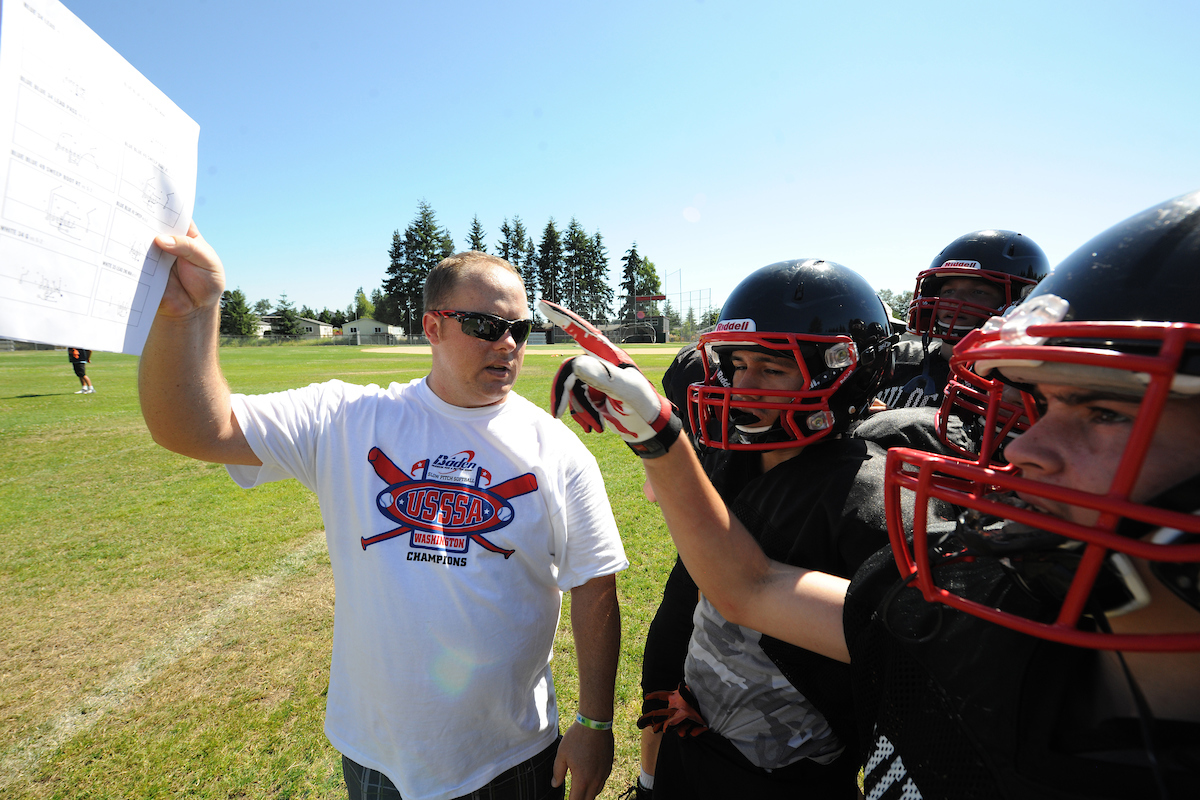 With any youth sports organization, it all starts at the top. If there’s good leadership and a commitment to the best interests of the children, an organization will be successful.

In other words, if an organization is organized then all parties involved will be happy — especially the parents. If every program can be run like the flag football league that both of my sons Bradley and Jared play in, then all of youth football would be about as close to perfect as it can be.

The way this flag football league operates should be bottled and followed by other leagues — like the tackle league that my older son Bradley played with for seven years. Here are some things about the flag football league that make it great. Online registration is easy. The games start and finish on time within the allotted window. Parents volunteer for concessions and hold the down markers. And coaches teach the proper fundamentals.

RELATED CONTENT: Rogersville (Tennessee) middle school proved they were in it to win a Riddell Smarter Football grant

Most importantly, however, is that the kids have fun.

We stuck it out with the tackle program because Bradley enjoyed playing with a lot of his friends. In year four, he began playing for a coach that really believed in him and gave him an opportunity to play center. His coach and other parents tried very hard to change the culture and convince the program director to modernize things, but it never materialized. At some point, enough was enough.

So last year, the coach decided to go to another program and he took most of his team with him, including Bradley. The way things were done at the new program was like night and day compared to the other program. While we were only involved for one season, it was great to have that experience. The season ended with a Super Bowl title and a wonderful end of season party with all players, coaches, parents and family on hand.

RELATED CONTENT: Opening day jitters are for parents too

Over the years with the old program, we certainly looked past some issues that organizations should definitely avoid in order to be successful.

The first program we were involved in handled registration with an application you could only fill out manually. The kids’ information was then stored on index cards and placed in a shoe box. These days, everything should be done online and all information should be stored on a computer. An older program director that might not be computer savvy should seek assistance from other board members or parents in upgrading registration.

A program’s board of directors, especially the person in charge, has to show strong leadership.

Implementing rules and procedures, being around at practices and the games, making sure the snack bar and the chain gang is being taken care of, and finding the right coaches and ensuring they are USA Football certified are all important. But the most important thing of all is making sure the kids are having fun and learning the right way to play football. A good program leader has to be involved for these things to happen. He can’t just sit on a folding chair and watch the grass grow.

RELATED CONTENT: 3 reasons for your athlete to play tackle and flag football

It’s important to make sure that the equipment given out to the players are up to date. Helmets should be sent in for re-certification and new helmets should be purchased when possible. Shoulder pads and pants need to fit properly and be safe for the kids to use. Not every program has an unlimited money stream so fundraising efforts are very important to give a program the chance to buy new equipment from time to time. If a coach or parent has an idea for a fundraiser, a program director should never wave his hand in disgust or say no you can’t do that.

A quality program needs to have the best coaches possible. It’s sometimes a challenge to find parents that will volunteer their time to do this, but if you are fortunate to have these special people, a program needs to put them through USA Football’s coaches certification. It’s so important these days for the kids to be thought the right fundamentals in order to be safe.

That goes for flag football too. I don’t think Jared would have as much if he didn’t have the coaching that he’s had the last two years. Understanding how plays are run — techniques, rules, formations and strategies can be difficult to learn so it’s important to have coaches that know what they’re doing.

If you have good people involved — administrators, coaches, and parents — a program needs to take advantage of their desires and efforts to make the organization as good as it can be. At the old program, there were so many good ideas that never materialized and that’s a shame. There were arguments and disagreements and it ultimately led to a mass exodus of coaches, players and parents.

In fact, Bradley’s coach once asked me if I wanted to be on the Board of Directors as a parent liaison. I would have been the person that parents would come to with issues if they were uncomfortable speaking out and then I would bring those issues to the board. Of course I said yes, but at the next meeting the idea was shot down by the program director because he didn’t want another parent on the board.

To be a successful program, all hands need to be on deck and that goes especially for the people at the top. You have to really want the program to work and for the kids to be in a fun and safe environment. If one of the teams in the program is playing for a championship, the program director and/or others on the board need to be there to support the players and coaches. A really good program needs to include the parents that want to help make a difference.

I’ve seen a lot in nine years as a youth tackle and flag parent. At the end of the day, the most important thing for an organization to be successful is to be organized.