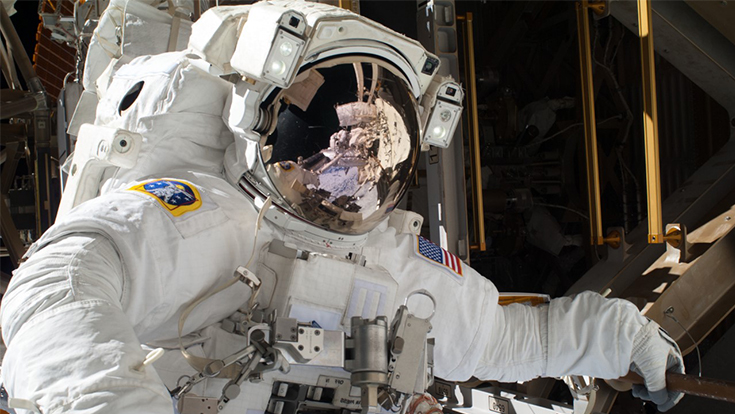 The International Space Station (ISS) sits an average of 240 miles away from the surface of the Earth. Traveling at a staggering 4.8 miles per second, the ISS circles the planet in around 90 minutes. It is a truly staggering piece of engineering. In April 2019, it will once again serve as the home for NASA astronaut Michael S. Hopkins.

This mission will be Hopkins’ third visit to the ISS, his third into space. While the reality of stepping out into the frigid void of space is extremely daunting, Hopkins is able to compartmentalize the fear, the excitement and the adrenaline coursing through him. His training in NASA and his career in the United States Air Force both help him prepare for the mission. All of that has been built on a foundation in football.

“One of my jobs on the ISS was to go out on a couple of spacewalks for EVA’s or extravehicular activities,” Hopkins explained. “As you can imagine, that’s kind of a big event. I remember standing in the airlock waiting to go and looking out of the hatch on the Earth going by below. There’s all these emotions going on, you’re nervous, you’re fired up and focused. I realized I had been through this before. It was standing in the tunnel before you run out for a game. It was all the same kind of emotions. That’s just one example of how football prepared me for my career as an astronaut.” 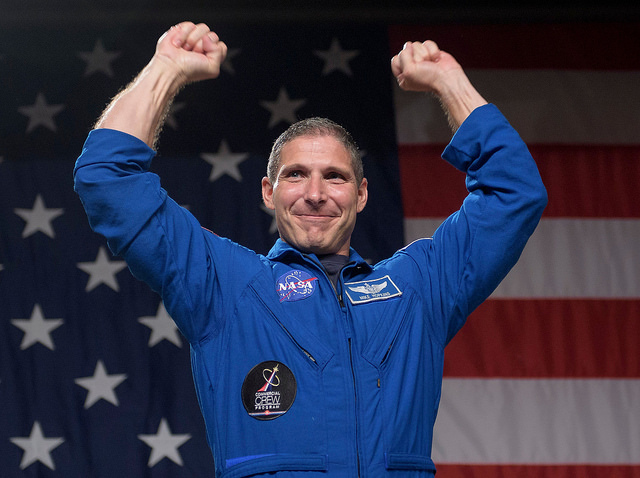 Hopkins grew up in the small town of Richland, Missouri. An equally phenomenal athlete and student at Osage High School, Hopkins had a career path laid out for him from an early age. After graduation, he was going to attend the University of Illinois to earn a degree in aerospace engineering and then embark on a career in the military. All was going according to plan until a friend planted the seed of collegiate athletics into his mind.

“A buddy of mine got recruited as a walk-on to Nebraska and I was going to Illinois when I thought, ‘Why shouldn’t I give it a try?’” Hopkins said. “So, I had my coach called up the coaches at Illinois and they said, ‘Sure come on out and walk on.’ I had no expectations that I was ever going to see the field. Quite frankly, I was happy to be there and be part of the team. Some opportunities came up for me to play and it all worked out.”

With the Fighting Illini, Hopkins played defensive back and served on the special teams when not doubling as the scout team’s needed option-style quarterback. At Illinois, Hopkins achieved a goal he had never even contemplated while growing up in rural Missouri. His experiences on the gridiron truly impacted his life and his career then and now.

“I have a ton of great memories of playing at Illinois,” he said. “We came back and beat USC 14-13 [in 1989] after being down 13-0 going into the fourth quarter. We also beat Colorado the year they were National Champions [in 1990]. Gosh, there are just so many great memories. I can’t say enough about how important that time at Illinois meant to me.”

Even though his career has taken him literally out of this world, Hopkins has still kept close ties with his beloved alma mater. His career has also afforded him the chance to play a unique part in Fighting Illini tradition. 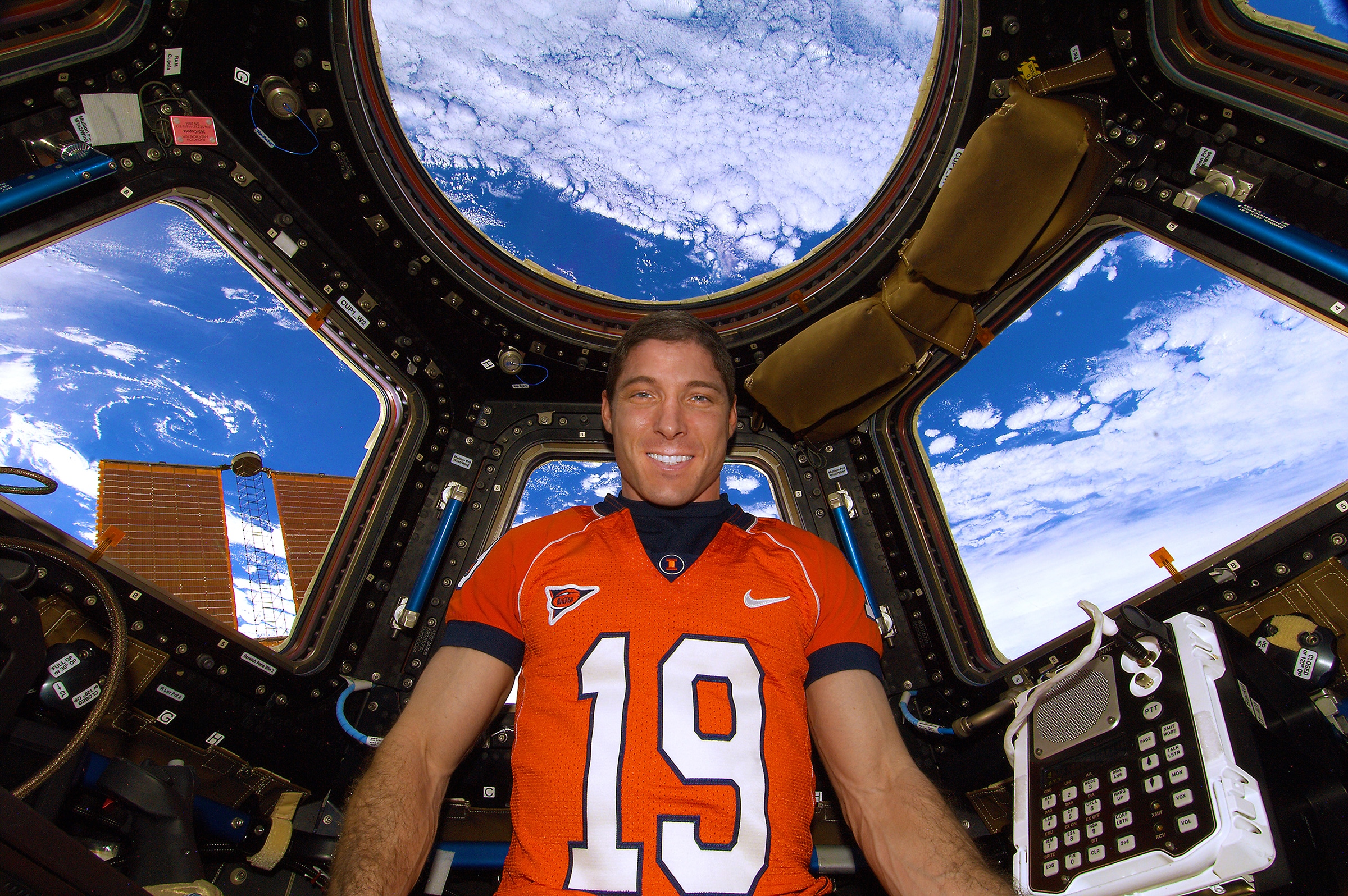 “I still keep up with the program as much as I can,” he said. “In fact, when I was on orbit for my first [space] flight, I was able to send some messages down to the team throughout the season, so that was fun. Special teams was kind of my bread and butter when I played, so what I did was call down and congratulate whoever was named as the special teams player of the game.”

While at Illinois, Hopkins was a member of the Air Force ROTC. He always knew he was going to have a career in the military and upon graduation, he was commissioned as a second lieutenant in 1992. For the next seven years, he would serve all over the world, including a stint as a special assistant to the Vice Chairman of the Joint Chiefs of Staff at the Pentagon. In 2009, he was selected to begin astronaut training, which he completed in 2011.

“Without a doubt, having football in my background has helped shape my career in the Air Force and at NASA,” he said. “To this day, I still use some of the lessons I was taught in football. Being gritty, for example is one of them. When you’re battling, when you’re tired, when you’re hurting, it takes grit to get through that. It’s no different than being in the Air Force or here at NASA. You have to sometimes call on something from inside you to dig a little deeper and that’s the stuff that comes from football.”