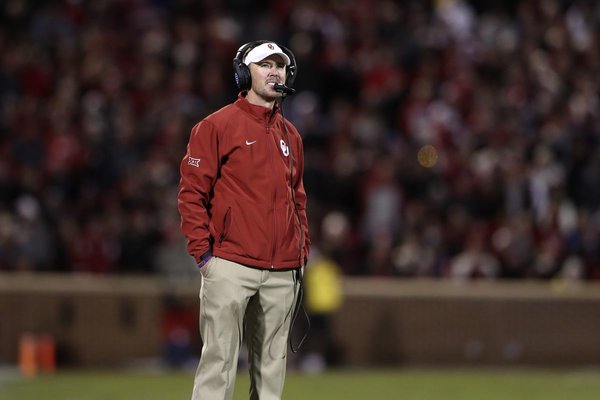 Before the 2017 college football season, the term “Smash Fade” wasn’t talked about much in the media. As a matter of fact, a large majority of coaches didn’t seem to use the concept or have it in their repertoire of plays. Almost every team in America uses a form of the smash concept and a fade, but no one really combined the two until recently. Now, it seems like the entire NFL, NCAA and majority of high school teams use the play.

What is the play?

The smash fade is a play designed to get the ball downfield and take a shot against the defense ideally when they’re in a man-to-man coverage. The origins of the play comes from the old smash concept. 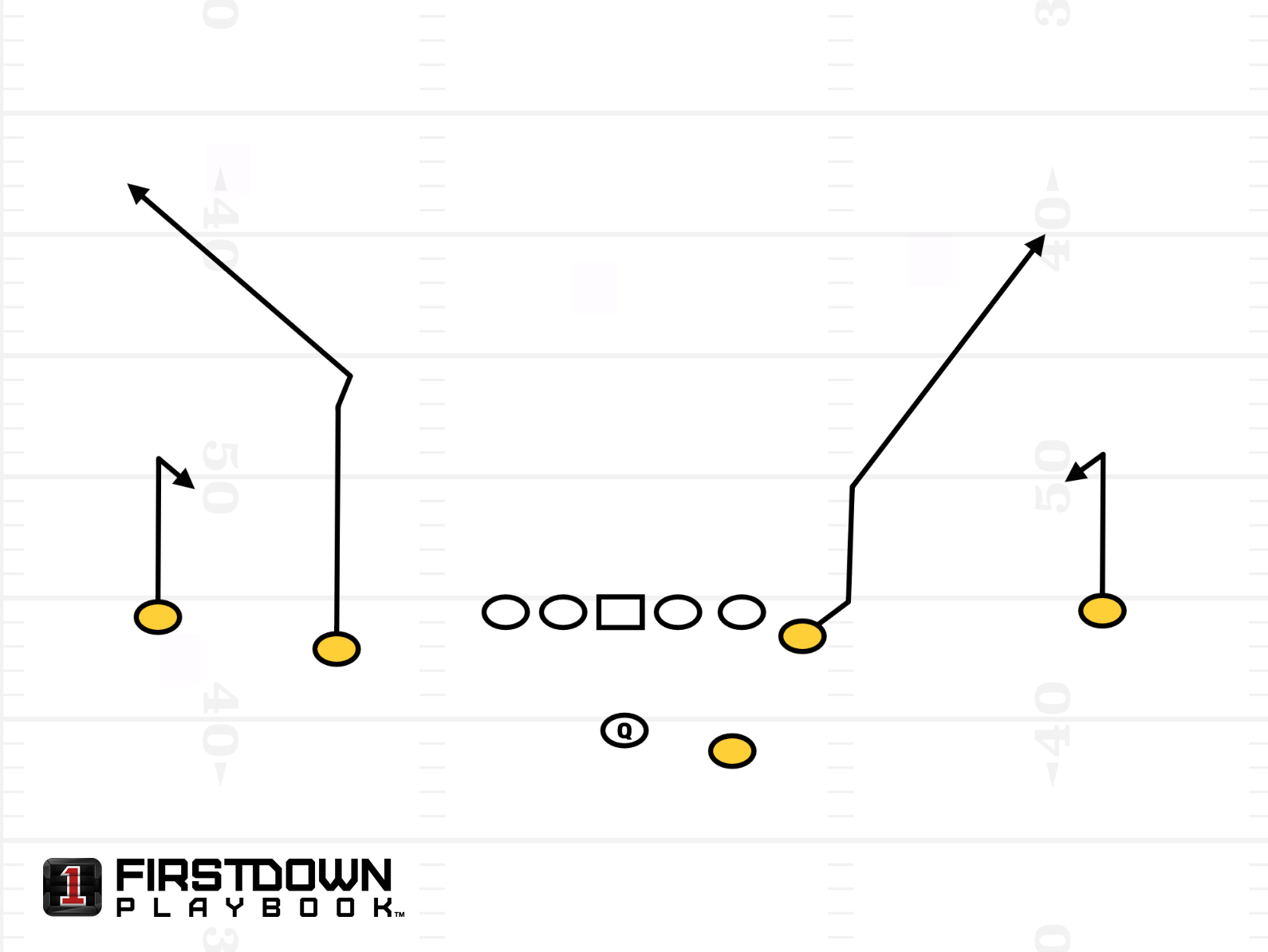 The smash concept, as seen above, is designed for the ball to be thrown outside. The route combines a hitch route by the No. 1 receiver and a flag route by the No. 2 receiver. The objective is to put a defender in conflict or gain leverage on the defender.

In the smash concept, if a quarterback is facing a zone team, he would read the flat defender to see where the ball should be thrown. Against a man-to-man defense, the flag will often be the primary route due to it being tough to defend based off of defensive leverage when playing a slot receiver.

As drawn below, the smash fade is an easier throw for the quarterback to make because it’s a more vertical throw. The smash fade uses the same hitch by the No. 1 receiver and a vertical route by the No. 2 receiver instead of a flag route. The vertical route is often thrown to the numbers or further outside. This route is an easier throw for the quarterback due to the fact that he doesn’t need to fight the sideline on the throw. There is more space to throw the ball because the receiver isn’t running directly towards the sideline like he would on a corner route. 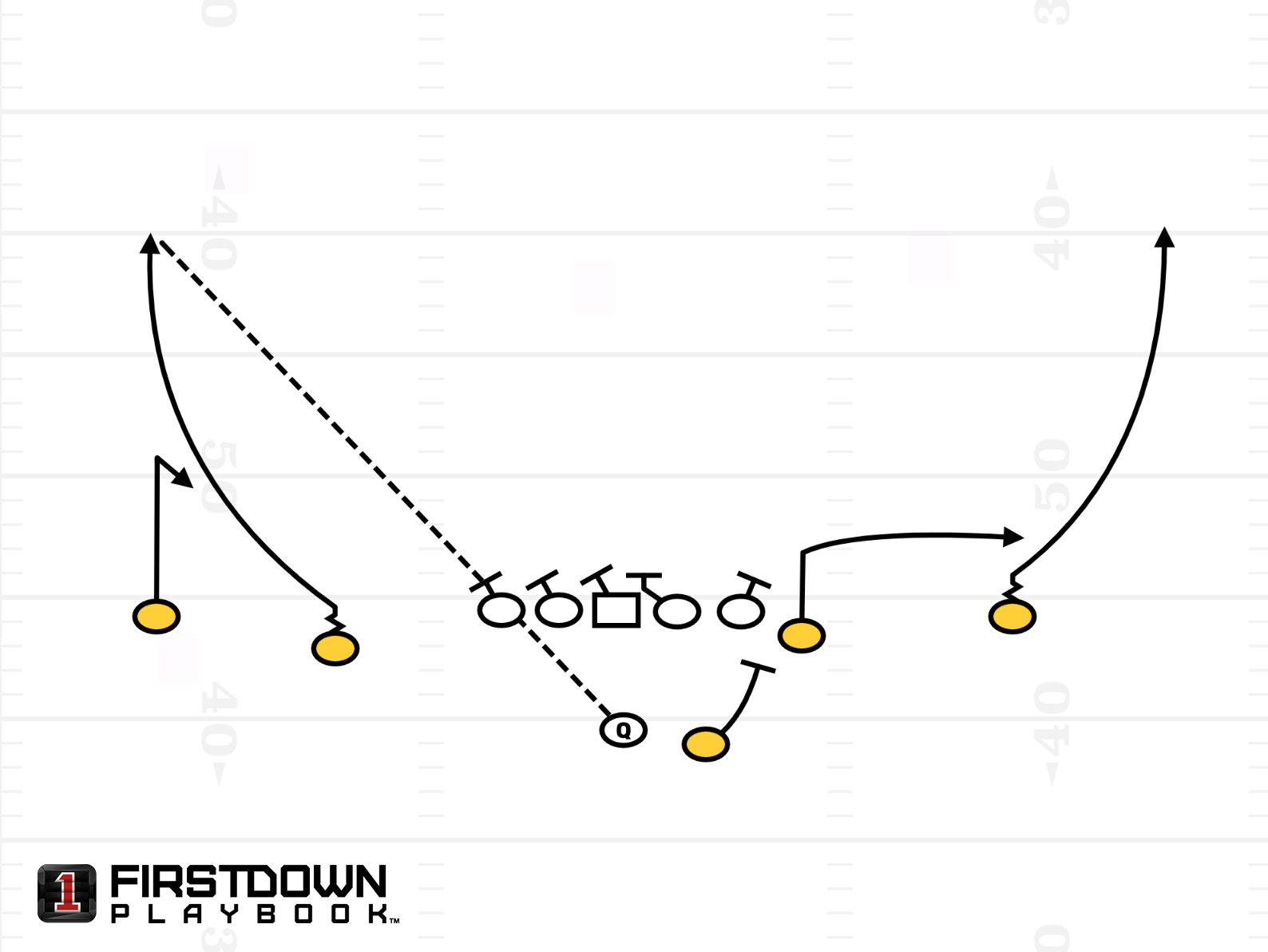 The Smash Fade is becoming more popular in both the NFL and College.

Lincoln Riley dialing up Smash Fade out of the Empty formation. Smash Fade is an easier throw than true Smash for your QB. QB can throw the WRs open with the extra field to work with.#All22Daily pic.twitter.com/WjGokfm6Ms

Lincoln Riley at Oklahoma has been a major player in the smash fade game and used it extensively when Baker Mayfield was with him last year. In the play, Riley gets his offense into an empty formation and calls the smash fade to the three-wide receiver side. The No. 1 receiver hitches up and the No. 2 runs the fade. Noticed how much vertical space the quarterback has to throw the ball. The quarterback can avoid fighting the sideline due to the route combination. Again, the smash fade is great versus man-to-man coverage because there is no help when the wide receiver gets leverage.

Lincoln Riley dials up a Shake Route from the slot WR position.

Oklahoma runs the Smash/Smash Fade concept often. A great compliment to that is the shake route back to the middle of the field. Get the safeties shoulders turned and you'll win every time.#All22Daily pic.twitter.com/eyZfpA63vA

After Lincoln Riley used the smash fade combination and teams started to pick up on the lethalness of the concept, Oklahoma came back with the smash-shake concept that puts the safety in a complete bind. The shake route is an extension to help protect the fade because safeties cannot  jump the route. The shake is defined as a wide receiver breaking to the flag route and taking three hard steps. After three hard steps, the wide receiver is taught to give a head fake to the outside and then bend the route back to a post depth. The shake route is tough on a safety if he does not keep his shoulders square to the route. When this pass gets completed, it’s often for a big gain.

No matter what offense is run, the smash fade concept is one that can be incorporated into any offense, regardless of the level. The route concept is able to be modified to fit any sort of offense out there. However, it’s also important to complement the concept with plays like Oklahoma’s smash-shake so that safeties cannot cheat too much towards the fade side.

Reinforce your playbook and improve your nowledge with Coaches' Notes. Create your account and start your 7-day free trial!