Learning from Memphis - The multiplicity of the Counter concept 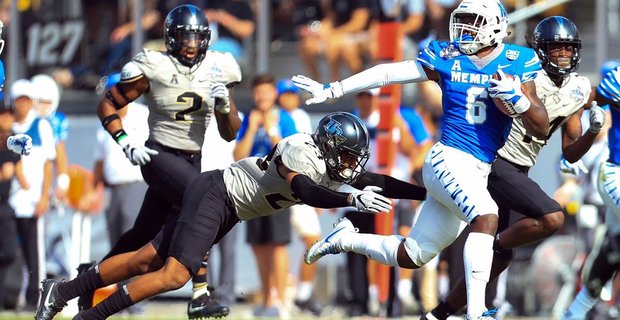 Memphis utilizes many different personnel sets, but the ones I found most consistent were 11, 12, 20 and 21. They are not scheme heavy, but they excel at executing the nuances of the play. I went through eight games of all-22 to really dissect what they do in their rushing attack. Memphis utilizes four running schemes that you'll see very consistently on their film. You will see counter, Down G, inside and outside zone. They run these four concepts a multitude of ways (personnel, formations, motions, etc). In my opinion, their two best run concepts are counter and down G. Counter will be the main focus of this article.

Counter is a staple in many offenses today. It doesn't change with Memphis. They run this concept very well but do so in different ways. They’ll run both counter tag (tackle and guard) and basic counter trey (guard and tight end). Memphis adds a nice wrinkle in their wildcat set with counter as well. Here’s a couple of ways that Memphis runs it different than most.

With Memphis utilizing a tight end in most sets, it's going to add another gap at the LOS. As a defense, you will have to show your card on how you want to defend the tight end and play the secondary. In this video below, Memphis is in 12 personnel (one of their most utilized) with twins to the field. Memphis runs counter to the boundary with a quick screen RPO to the field. SMU is playing in an over front to the tight end to the boundary (3,9 technique). This creates a C-gap bubble. With Memphis adding two offensive linemen to the boundary, Memphis is +2 to the call side. The guard and tackle are down to the call side and the tight end is back to the BSLB. Memphis attaches a quick screen RPO to the No. 2 wide receiver to the field. 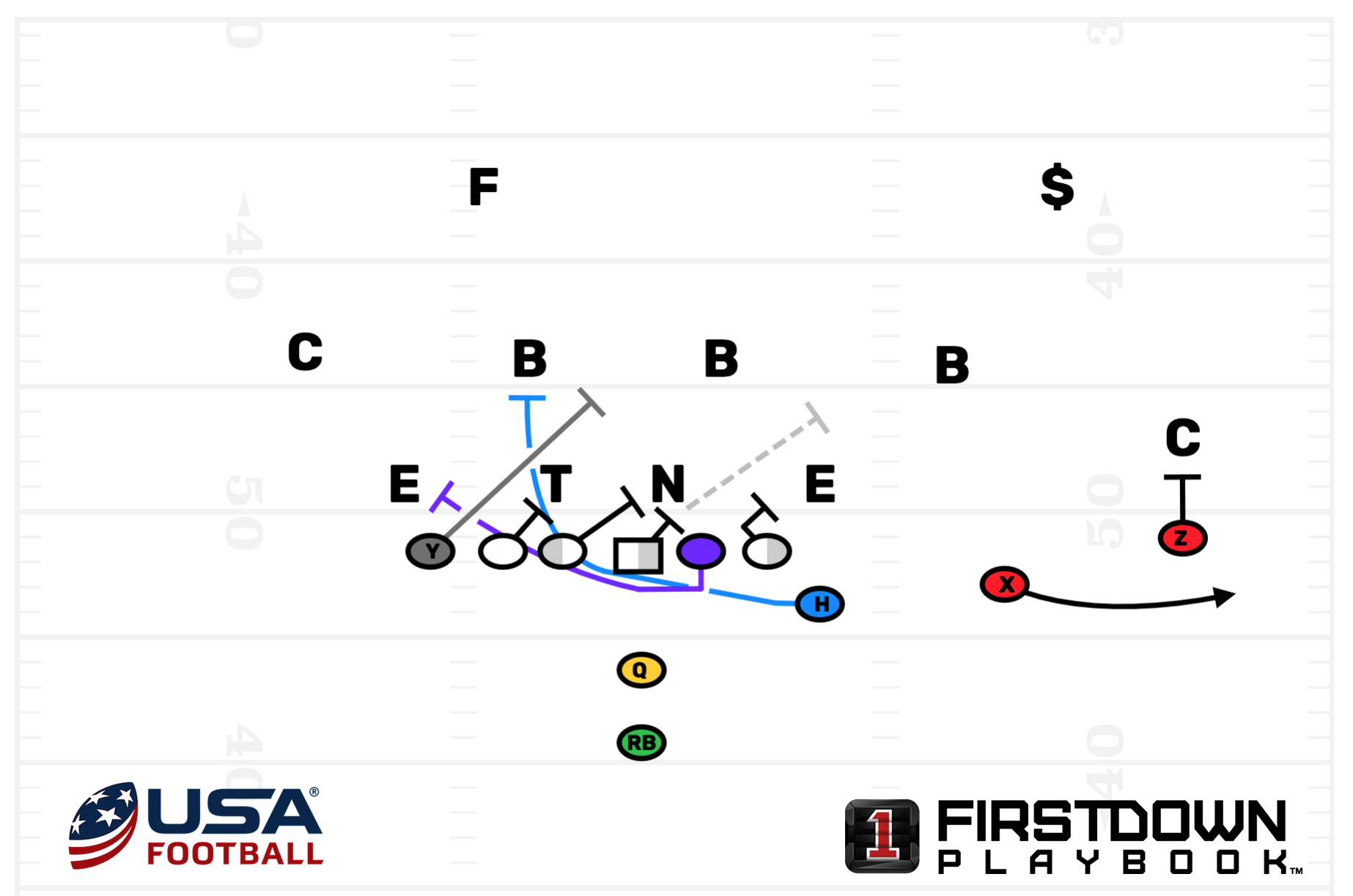 When I talked about adding wrinkles to what they do on counter, here’s an example. Memphis is again in 12 personnel but this time in a balanced formation. With a tight end/wing in this formation, Houston will have to over compensate and walk down an outside linebacker in their 3-4 scheme. This now gives their Z receiver a one-on-one matchup on the fade RPO. You'll also notice up front to the call side their PST bases the outside linebacker and Memphis kicks the 4. This allows the ball to hit tighter, benefitting them against a 3-4. Offenses always have issues with walked up linebackers and trying to dictate what they do with RPO's. In this case, the ball is hitting so tight you won't need to worry about outside linebackers in a 3-4. 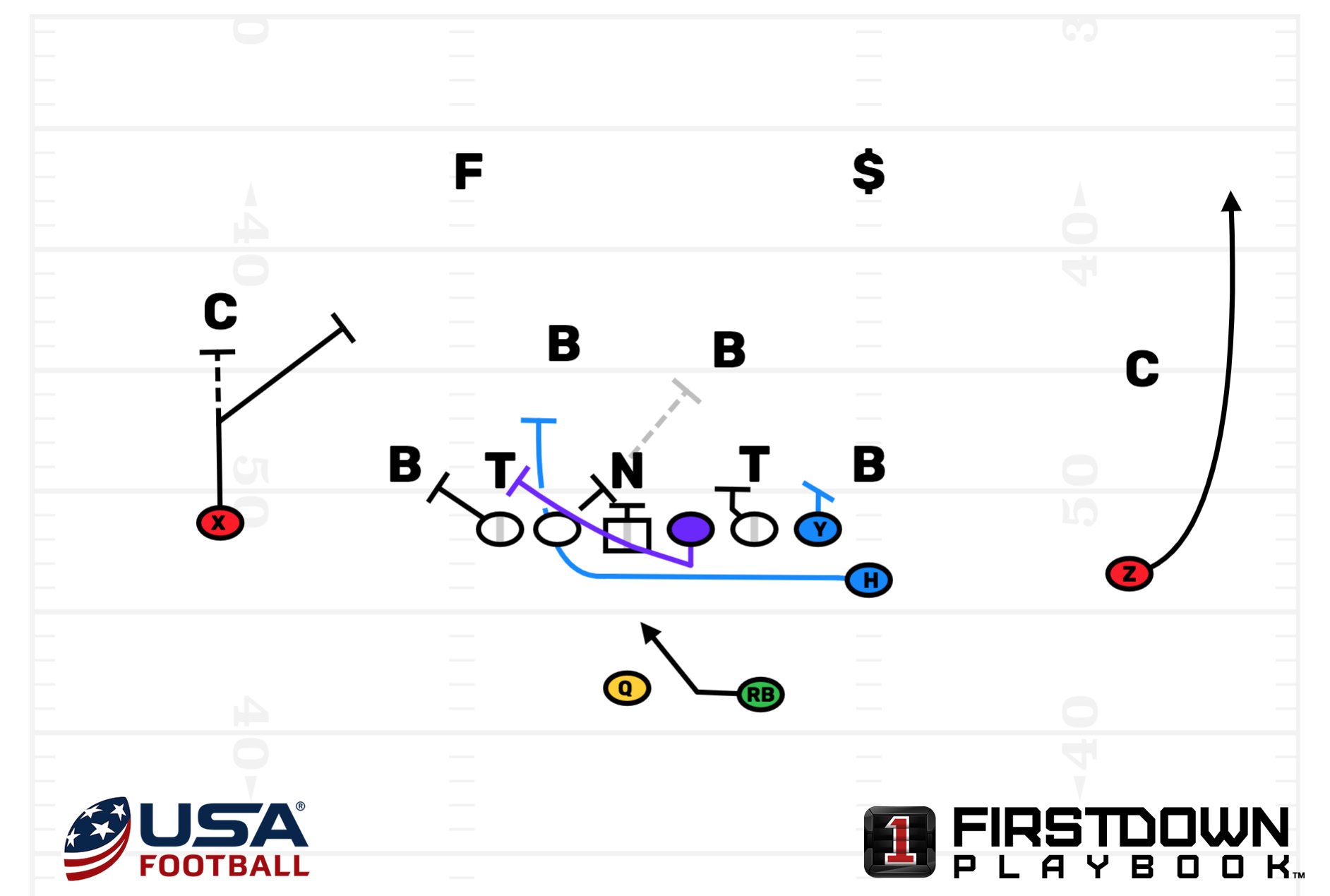 In this clip below, you'll see another wrinkle Memphis uses with counter. Memphis likes to run outside zone lead out of this same look. This is their counter to outside zone lead. Memphis is in a 21-personnel, set with twins to the field. Memphis runs a form of counter to the boundary. What separates this play from the others is the PST. The PST pass sets, letting the 5 technique up field. The tackle understands that the ball is going to hit back inside. The running back to the boundary arc releases just like he would in outside zone lead, and leads to the WLB. The BST has the same assignment as he would in basic counter, and his aiming point is for the PSLB. The ball hits identically to where it would hit in their basic counter. 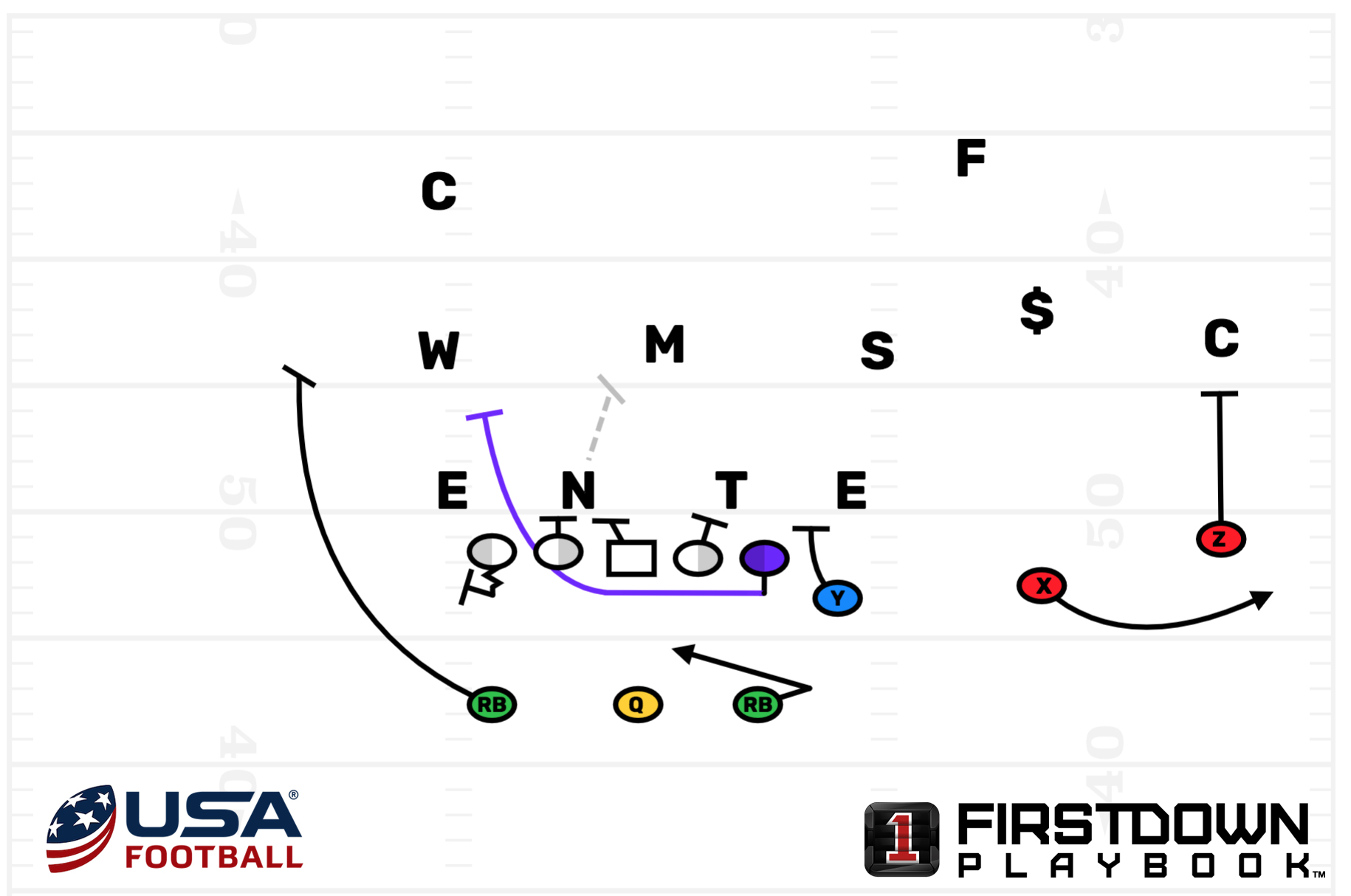 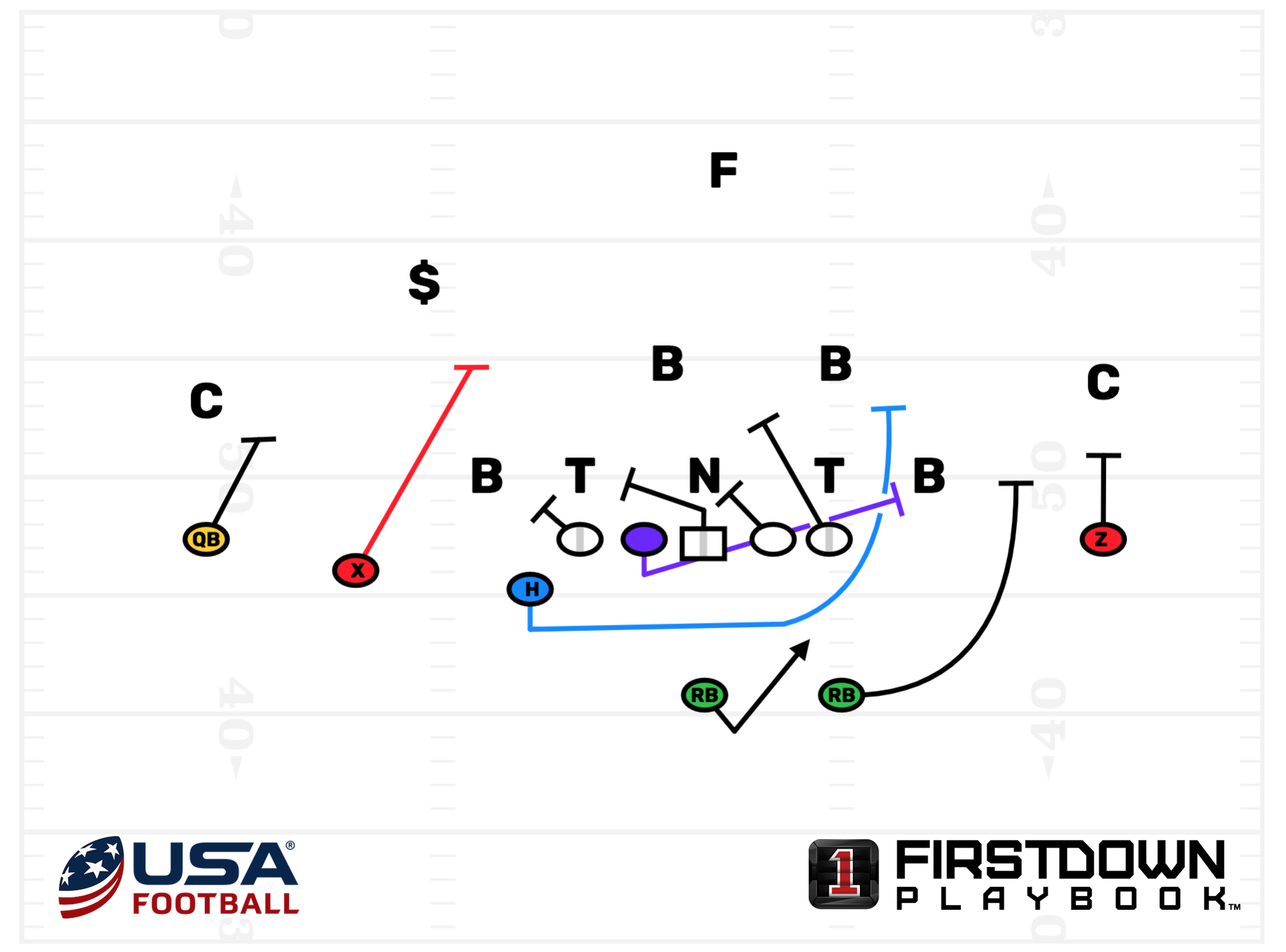