How Clemson made life easier for Trevor Lawrence with RPO's 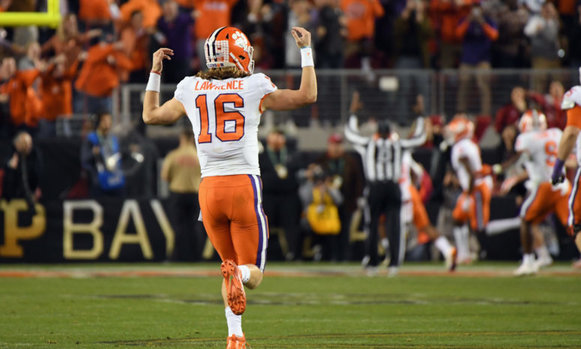 The Clemson University Tigers have once again found themselves in the College Football Playoff and in the hunt to win yet another national championship. The Tigers offense has averaged an astounding 530.8 yards per game and 45.8 points per game, which ranks them fifth overall in the FBS for scoring. Given all of these statistics, it is hard to believe that after the first game that Clemson played versus Texas A&M, the Tigers decided to make a change at the quarterback position. Out went Kelly Bryant, a national champion quarterback for the Tigers in 2016, and in came heralded freshman quarterback Trevor Lawrence, who was not only the top ranked quarterback in the 2017 recruiting class but also is considered by almost all recruiting services as the best overall player coming out of high school. In making this switch, Clemson needed to give Lawrence an offense that could maintain its high flying capabilities, but also keep it basic enough that the eighteen year old did not become overwhelmed. The results are a read based offense where Lawrence gets to focus on one read player. He has multiple plays where he has pre and post snap reads, but all are basic enough that Lawrence has been able to successfully run this championship level scheme.

RELATED CONTENT: Learn how Army's Defense was a Knightmare for opposing offenses this season

One example that Clemson uses that any team in most levels of football can incorporate is a H-fold inside zone play paired with a ten yard out. The quarterback reads the overhang defender, which here is the outside backer, to see how he is going to play the run action. If he stays out in coverage then Lawrence will hand the ball off.

Clemson has done a great job helping a true freshman at QB by giving simple RPO concepts anyone can use.

Overhang steps down into box, get your eyes to the out and throw. A low risk play that results in a 10 yd first down. Also a throw & read most QBs can manage.#All22Daily pic.twitter.com/y3bzqqvNc0 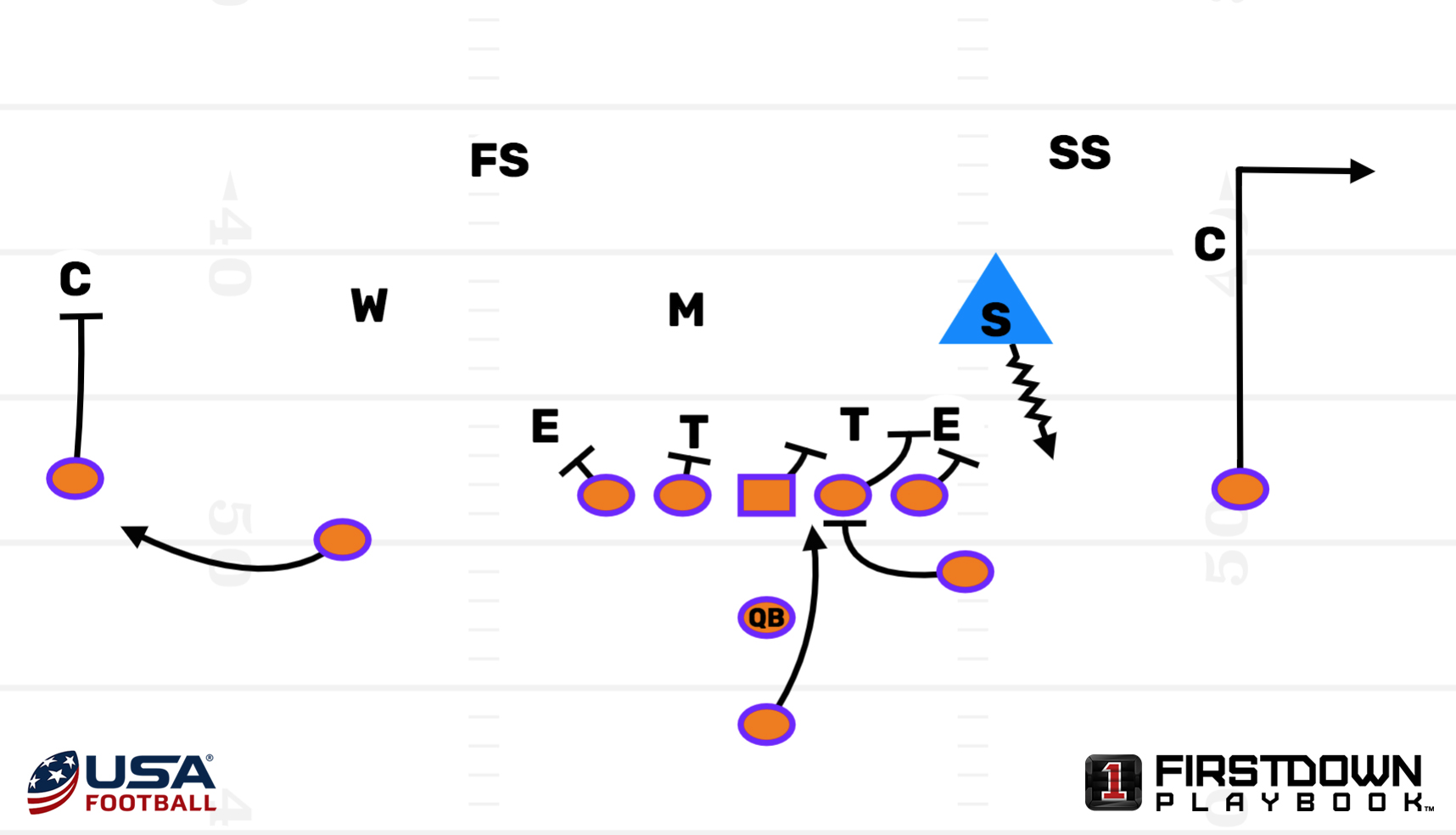 In the clip above, the overhang steps down into the box alerting Lawrence to pull the ball and throw the out route. Successful RPO teams force teams to play man coverage on the wide receivers, which plays into Clemson’s hands because Lawrence has proven he can fit the ball into tight spaces. Clemson is more than willing to throw the ten yard out for a first down if the defense gives it to them.

On this RPO Lawrence sees his read man is going to engage in a blitz, leaving a three-on-two advantage on the outside after the wide receiver comes across his face in motion. Lawrence fakes the run and throws the bubble. The number one wide receiver misses a block which almost negates a potential big play, but the Clemson’s wide receiver does a great job of staying alive and turning the pitch and catch into a big first down inside the red zone. The bubble is often thought of as an easy throw, but it has proven difficult for a number of quarterbacks at all levels. Lawrence does a great job time and time again of giving his wide receivers perfect bubble passes, which leads to more yards after the catch potential.

Another scheme that Clemson will use is allowing Trevor Lawrence to use pre snap run/pass option.

In this clip, Lawrence is looking to the edge to check for the overhang and the safety depth. Lawrence sees that the overhang is inside of the number two wide receiver, and the safety is giving up twelve yards of cushion at the snap. This tells Lawrence that if he throws the bubble screen immediately, there is no way either defender can get to the wide receiver to stop the play for negative yardage. The offensive line blocks the original run call not knowing that Lawrence is going to pull the ball and throw the bubble screen. This allows Lawrence to survey a defense and look for obvious mismatches that aren’t necessarily due to talent but have everything to do with alignment of the defense. If teams want to give this much cushion, Clemson will take it every time.

RELATED CONTENT: How Washington has snuffed out the Air Raid 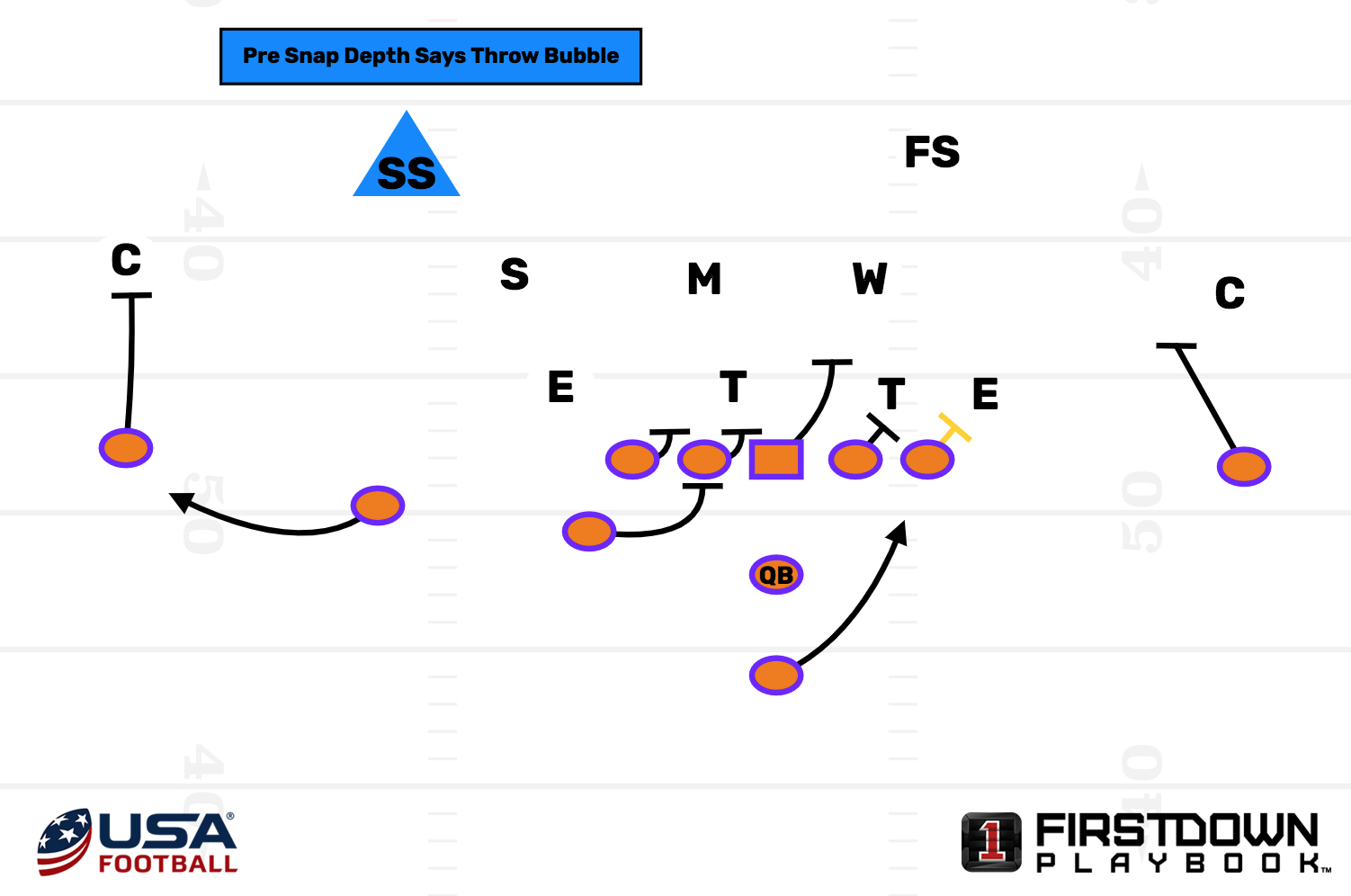 All in all, Clemson will keep it relatively basic in their RPO game, yet it has been deadly effective. A large portion of the offense falls on the shoulders of Trevor Lawrence, who Clemson clearly trusts to handle the scheme. A lot of these run pass option reads can be implemented at the man levels of football due to the fact they aren’t multiple reads with multiple options. They are simple, concise, and get the job done. With an arm that's going to make some team in the NFL very happy, Clemson’s offense continues to roll teams and light up the scoreboard with Trevor Lawrence leading the charge.