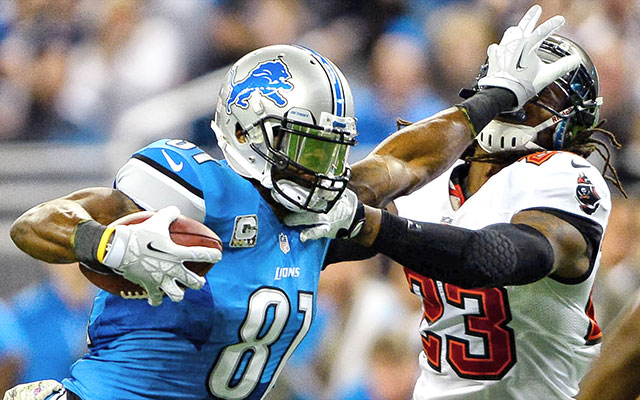 Winning at the top of the route requires more than “quickness” or “agility” – speed ladders and cone drills do not give a wide receiver the tools to get open. Beating a DB in the break area comes down to efficiency. Which player can be more efficient with his feet while changing direction suddenly? The wide receiver always has the advantage in this situation because he knows where he is going, and the defender does not. Maintaining that advantage requires him to master the footwork of each break point, which is the key to maximizing efficiency in the break area, especially in the 12-20-yard range.

The “Tight Break” is the break point used at the top of Curls, Comebacks, etc. The footwork is “Drop 1, 2, 3 – drop in the direction you want to go [drop on inside foot for an in-breaking Curl or Hook route, drop on outside foot for an out-breaking Comeback route] followed by three, violent, choppy steps to get in and out of the break.” The receiver also wants to turn his top foot at a 45-degree angle so that he can open his hips up and explode out of the break downhill.

The receiver wants to keep great body position here – low pad level, chest over his toes, arms pumping tight to his body. On a Tight Break, the receiver does not want to reach for any steps or over extend himself too much, he wants legs within the framework of his body, everything underneath itself, tight and compact.

The footwork for a 12 yard Curl or Hook route is “Tight Break on your third inside step,” which means that the receiver wants to open his stride and run vertically all the way through the route, when that third inside step hits, he wants to drop his weight & sink his hips suddenly and get in and out of the breakpoint in 3 choppy steps and run back to the QB.

Teaching these intermediate stopping routes off steps instead of yardage allows the receiver to think less and trust his feet more. Rather than worry about the yard line he needs to reach, he can trust the fact that his third inside step will gain the proper depth and now he can just trust his feet and run without thinking.

On every route that contains a Tight Break – efficiency in the break area is more important than speed down the field! These are not routes where the receiver should running at maximum speed unless he can maintain his efficiency in the break area. It is more important to run at a controlled pace and use stems and press releases to manipulate the defender so that he is in a vulnerable position at the top of the route. On a Comeback route against loose or bail coverage, the most obvious way to manipulate the DB is to chase his near hip and break in the defender’s blind spot. As long as the receiver stems into the DB’s blind spot and executes an efficient Tight Break – the defender has virtually no chance at making a play. Again, in this situation, the receiver will likely want to tempo his route to stay right in the defender’s hip pocket and break efficiently rather than run at 100 mph and not have that same control at the top of the route.

On the in-breaking Curl routes, it’s often advantageous for the receiver to try to win inside right away vs. press coverage because this gives him the leverage he needs to win at the top. If the receiver can get in side of the defender on an in-breaking route, he should win every time as long as he is efficient at the top. If the defender is playing loose coverage, often times a sudden post-stem right before breaking down will send the defender flying up the field to defend the vertical post and give the receiver all the separation he needs to Tight Break suddenly and efficiently to win.

There are many more separation techniques that can be applied to Tight Break routes, but the key concept to understand is the receiver’s positioning to the DB is more important than speed down the field and efficiency in the break area always wins!

RELATED CONTENT: Coaching the Wide Receiver - The details of a slant route