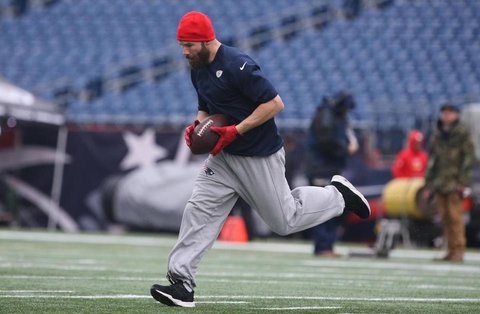 More important than a wide receiver’s pre-practice routine Is his everyday rituals. Routine is a sequence of actions that is regularly followed. Ritual is a series of actions that is regularly and invariably followed. In other words, routine is what the players are used to doing before practice. The rituals are priorities that must accomplished every single day, without fail.

At many high school and college programs, student-athletes arrive to practice directly after class, making it difficult for some players to dress, see the trainers and make it to the field in time for a full pre-practice warm up (this is generally not an issue at the higher Division 1 level college programs). To combat inconsistent pre-practice arrival times it’s useful for receivers to have a checklist of rituals each day that can be completed after practice, but must be finished before leaving. This also allows pre-practice time for any new installation or assignment review that is often necessary during a typical game week practice.

Knowing that each player will complete these rituals every day allows the coach to maximize the pre-practice routine to best prepare the players for the task at hand that day.

Regardless of the routine a coach chooses for his players before practice, the goal should be to prepare the players to play with confidence and allow the group to maximize allotted practice time. Doing so requires a combination of both mental and physical work that has the potential to be different each day.