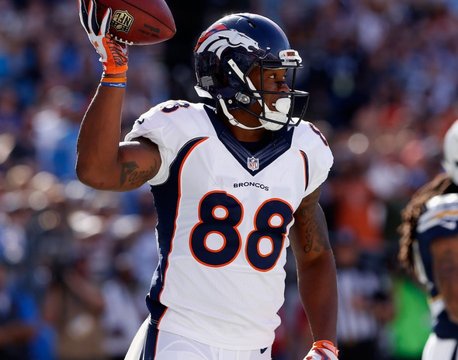 The first thing that must be addressed when a player is struggling with a case of dropped passes is his confidence AKA the way he’s talking to himself. Dropping an easy catch for a wide receiver is like air balling a free throw in basketball. No matter how good you are, it is always embarrassing to blatantly fail out in the open like that for everyone to see. If one dropped pass leads to two or three dropped passes, there’s a great chance the receiver’s game could be completely altered, and he starts to play less aggressively because he’s afraid of making mistakes. This is especially prevalent amongst younger receivers and only leads to more dropped passes and more mistakes.

Listen to former NFL receiver & current Arizona State offensive analyst Derek Hagan talk about how he overcame a case of the drops as a rookie for the Miami Dolphins:

Dropped passes can be embarrassing for wide receiver coaches as well. As a coach, it’s easy to get caught up in your players’ mistakes and feel as though those mistakes are a reflection of you. It’s important to separate your own value as a coach from your players performance on the field and create an environment that is tolerant of mistakes in practice as long as they are making progress.

Steve Sarkisian famously said, “fear is the demise of execution” and that is especially true when dealing with wide receivers and catching the football. Fear of failure and a lack of confidence cause more drops than anything else. The best way to work through confidence issues is by more work. Just like Hagan said on the podcast, catch even more footballs and attack the issue head on each day.

The next most important factor in catching a football is the player’s eyes. “You can’t catch what you can’t see” seems like a simple & straightforward phrase, yet the concept of “attaching your eyes to the ball” is severely under coached throughout all levels of football.

Eye discipline & focus precede every great catch. Whether it be a high pass, a low pass or over the shoulder, a receiver’s ability to track the ball all the way into his hands is crucial. Seems pretty obvious yet is so often overlooked.

Training eye discipline & focus starts with being intentional with every catch in practice. There is no such thing as a casual game of catch. Every ball thrown towards a wide receiver is a chance to be intentional about training his eyes to see the ball all the way through the catch. That shift in mindset will carry over from warm ups to practice and from practice to games. Being intentional about eye discipline will become a habit and thus, less balls will be dropped.

Furthermore, the way a player trains his eyes and the type of ball drills he chooses to do are important part to consider when training eye discipline. Many players think that simply catching 100 extra football off the jugs machine will solve all their issues, but really, they struggle most with distraction catches or over the shoulder catches, etc. Thus, it is important to use a variety of ball drills in practice to create as much adversity and distraction as possible. Stationary ball drills looking right at the quarterback do not often translate to in game performance and will not create a sense of urgency to focus and catch the ball with intention.

Tennis ball drills are a great way to add variety and can be done without access to a quarterback. Catching a tennis ball lets the player to focus his eyes on a smaller target and forces him to catch the ball with his fingertips (imagine catching a tennis ball with the palm of your hand, it will bounce away almost every time). Any drill that changes the player’s eye angle to the football or provides distraction are good ways to enhance stationary catching drills and improve eye discipline & focus.

For the best pass catchers, training eye discipline is not enough. The great receivers must learn how to position their hands in a way that keeps the ball clearly in their vision and provides a landing spot for the ball to fit in to. This is done in a number of different ways depending on where the ball is thrown.

RELATED CONTENT:  Coaching the Wide Receiver - Have a Plan

Chest or higher: “shoot the diamond” is a great phrase that properly describes the catching mechanics in this situation. Shoot the hands from a running position while keeping the elbows in tight and form a diamond with both thumbs and pointer fingers together. Keeping the elbows tight is important because the receiver’s hands will tend to separate upon contact with the ball if they are pointed out wide, if they are tight, they will stay firm. The receiver also wants to “shoot the diamond” with his arms extended so the ball remains in his vision (it’s impossible to see the ball through the catch if he lets it get into his body), frame the ball out front and give slightly upon contact with the ball to create a soft landing spot.

Below chest: “shoot the basket” is a good phrase that still emphasizes shooting the hands aggressively. Many receivers tend to lose their aggressiveness on low passes and try to cradle the ball with their arms rather than bending down and attacking it aggressively with their hands. Eyes must be overemphasized here as well because it is easy to lose track of a low pass. The receiver wants to form a basket with both pinkies together and bend at his knees to scoop down low and catch the football.

From the side: “catching a football is just like hitting a baseball” in this situation. In other words, don’t let the ball cross your eyes! If a batter swings at a pitch after it’s already crossed his eyes it will be strike 3 because he can’t see it. Same concept is true with catching a football from the side. If the receiver does not keep the ball out in front of him with firm hands, he will be more prone to drops by letting it cross his eyes.