Coaching the Wide Receiver - The details of a slant route 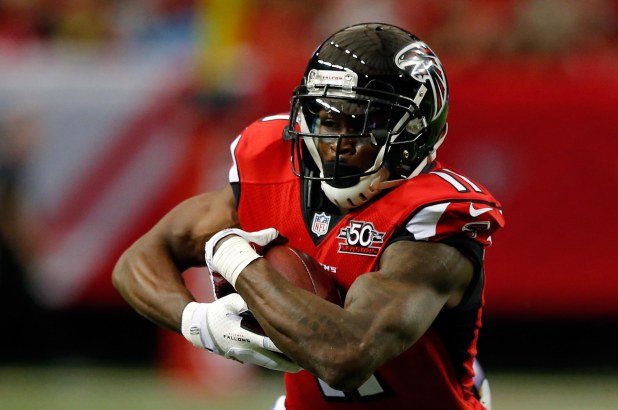 The slant route is a fun route to coach because it can win vs. any coverage. To maximize the potential of using slant routes – the receivers must be given a lot of freedom to use different strategies and techniques to win and those strategies must be practiced often. As long as the receiver is able to create some separation and win across the DBs face in time for the quarterback to deliver the ball, the methods of doing so are nearly endless.

Before practicing the individual strategies & release combinations to win on a slant route vs. all the different looks, there are 4 Slant Commandments the receiver should use as the framework to build his plan at the line of scrimmage around. Applying these 4 commandments to the coverage in front of him will give the receiver a chance to win on a slant no matter how the defense plays it.

Attack leverage first: On every play a cornerback lines up with inside, head up or outside leverage for a reason: to protect that area of the field! On most reps – the corner will fight to maintain that leverage throughout the play. For example, if the CB aligns inside and the receiver gives a hard inside release, 99% of the time, the corner will jump inside to cut the receiver off and maintain the position he started with same can be said when the CB aligns with outside leverage. The receiver wants to attack the defender’s leverage right away because that is where he is most vulnerable. If the receiver can make the DB panic by threatening his leverage right off the ball, he will put the DB in “oh s***” mode or “chase mode” and gain full control of the route from that point forward.

Eat Up Space: DBs love space early in the route because space gives the DB time to assess the receiver’s plan and react to any initial move the receiver makes off the ball. With that in mind, the receiver wants to make the DB feel uncomfortable right away by eliminating any space between him and the DB. A goal of every release should be to attack the DB vertically & eat up space right away to put the DB in “oh s***” mode and leave him with no time to react to the receiver’s plan. This is especially important on a slant route because if the receiver can threaten the DB vertically enough to force him to turn his hips to the sideline, he will have a much easier time winning across his face when he makes his final break at the top of the route. If the receiver gets caught up with too much dancing at the line of scrimmage and isn’t actually pushing the defender downfield, a good corner will stay square and stay patient and be able to make a play on the ball. Attack the DBs leverage first while eating up space to get on his toes before breaking.

Included in the phrase “eat up space” is the implication that the receiver will continue to attack the defender’s leverage. While pushing up field, the receiver must be careful about running away from the defender. He does not want to leave too much space between him and the DB at the top of the route. In fact, the easiest way to win at the top of a slant route is to have as little separation as possible at the top of the route so that the receiver can cross the DBs face instantly with one sudden move or put himself in position of power to use hand combat to win across the DBs face. The savviest route runners are able to adjust their routes accordingly so that there is very little space at the top and they leave the DB very little time to react or adjust their position.

Patient, but sudden: Just because the receiver wants to play aggressively and be in “attack mode” at all times, does not mean he should ever feel like he’s in a rush to get somewhere. He wants to play “patient, but sudden.” Patient while executing his plan and setting the DB up, sudden and aggressive when he makes his move to win. To master the “patient, but sudden” mentality, receivers must understand how and when to use change of speed in order to manipulate the DB. Change of speed is so useful because it can make the same route or the same release feel like something completely different because the receiver executed his plan with a different rhythm and tempo. In other words, a receiver can attack the DBs leverage and eat up space off the ball in the exact same way every time, but if he varies the rhythm and tempo of that plan each time – they will all feel different to the DB and he will struggle to catch on to any of the receiver’s tendencies.

Attack the football: Regardless of how the receiver manages to cross the DBs face and win inside on a slant, it is essential that he finishes every slant by attacking the football. Slant routes are almost always a contested throw and often involve fitting the ball between tight windows in zone coverage. The receiver must be fearless and take pride in outcompeting the defenders for the football. Before the receiver has a chance to compete for the ball in the air, however, he must first set himself up for success by coming out of his break at the proper angle. “As flat as you need to be to beat the defender to the ball” is a good way to define the receiver’s ideal path out of a slant. There is no defined angle or predetermined landmark for a receiver that will win on a slant route in every situation. The receiver must break as flat as he needs to in order to cross the defender’s face and take a path to the ball that does not allow the DB to undercut him and make a play. If that means the receiver has to break directly flat at a 90-degree angle, then so be it. He absolutely cannot drift or come out of his break too high and allow the DB or a buzzing flat defender beat him to the ball!

Every fundamentally sound slant route follows these principles and they can apply vs. any coverage. If it’s loose coverage, the receiver still wants to attack the DBs leverage, eat up space & sell vertical to loosen the defender’s cushion, break inside in a way that is sudden and unpredictable and then attack the ball aggressively to finish the catch.

By following these 4 principles and applying them to every situation and every plan to win on a slant route – the receivers can have some freedom to create plans that they are comfortable with and confident in.