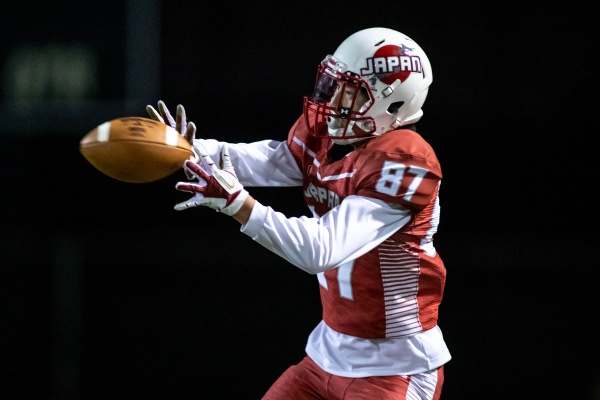 An initial key for beating loose coverage is making every route and every blocking assignment feel the same to the DB off the ball. The receiver wants to get in a good stance with forward body lean ready to take off the ball and threaten the DB vertically right away. The receiver wants to close as much space as possible in the first few steps off the ball and then execute his plan from there. It is much harder for a DB to run the underneath routes when the receiver is taking off the ball with the same pace on vertical routes, quick game routes, running plays and everything in between.

Before the ball is snapped, the receiver should have an idea of how the cornerback tends to play loose coverage based on film study, previous plays in the game or the coverage triangle. “Does he bail and zone turn towards the QB or does he stay square for as long as possible?” The answer to this basic question will determine the receiver’s initial plan of attack off the ball.

For both styles of loose coverage play – the first thing the receiver wants to do after taking off aggressively is to attack the defender’s leverage. If he’s inside leverage attack him inside, if he’s outside leverage attack him outside. Attacking leverage off the ball is the quickest way to threaten a DB and force him to panic or pedal out of position. Attack the defender’s leverage, assess his reaction and then the receiver can execute his plan from there.

Regardless of the style or leverage that cornerback plays with, another rule for receivers to live by against loose coverage is “anytime the defender gives you a blind spot…take it!” Even if it is a corner that tends to slow pedal and keep his shoulders square for as long as possible – if at any point the receiver can force the defender to turn his shoulders – he should chase the defender’s near hip and get into his blind spot!

When playing against a corner that likes to zone turn toward the QB, chasing the defender’s near hip is one of the most important things a receiver can do in this situation. When the defender zone turns on the snap, the receiver should target his eyes on the

defender’s hip closest to him and run right at it. Doing so will threaten the DB the most and allow the receiver to eventually get into the DB’s blind spot if he can close enough space before the break point of the route.

Against a more patient corner that likes to stay square, it is important that the receiver attacks angles off the ball. He wants to make the DB move his feet one way or the other and assess his reaction. Depending on the route called and the defender’s reaction to the receiver’s aiming point, the receiver can execute his plan with more info about how the corner is defending him.

Did the DB flip his hips and run over the top? Did he jump inside or outside to cut the receiver off? Based on the answers to either of these questions – the receiver can use his initial stem off the ball to threaten the DB or simply gain information from him.

Lastly, the most important part of winning just about any route is efficiency in the break area. This is especially true against loose coverage because the defender has enough cushion to allow him to move slower in his backpedal than the receiver is running in his full speed sprint. This gives the DB an immediate advantage in his ability to change direction on a dime. To regain the advantage, the receiver wants to manipulate the DBs positioning and threaten his cushion with some of the techniques described above – running off the ball with great initial speed, chasing the near hip, attacking angles, etc. If the receiver can manipulate the DB before the snap, it will be easier to regain his own body control before the breakpoint and change direction as efficiently as possible.