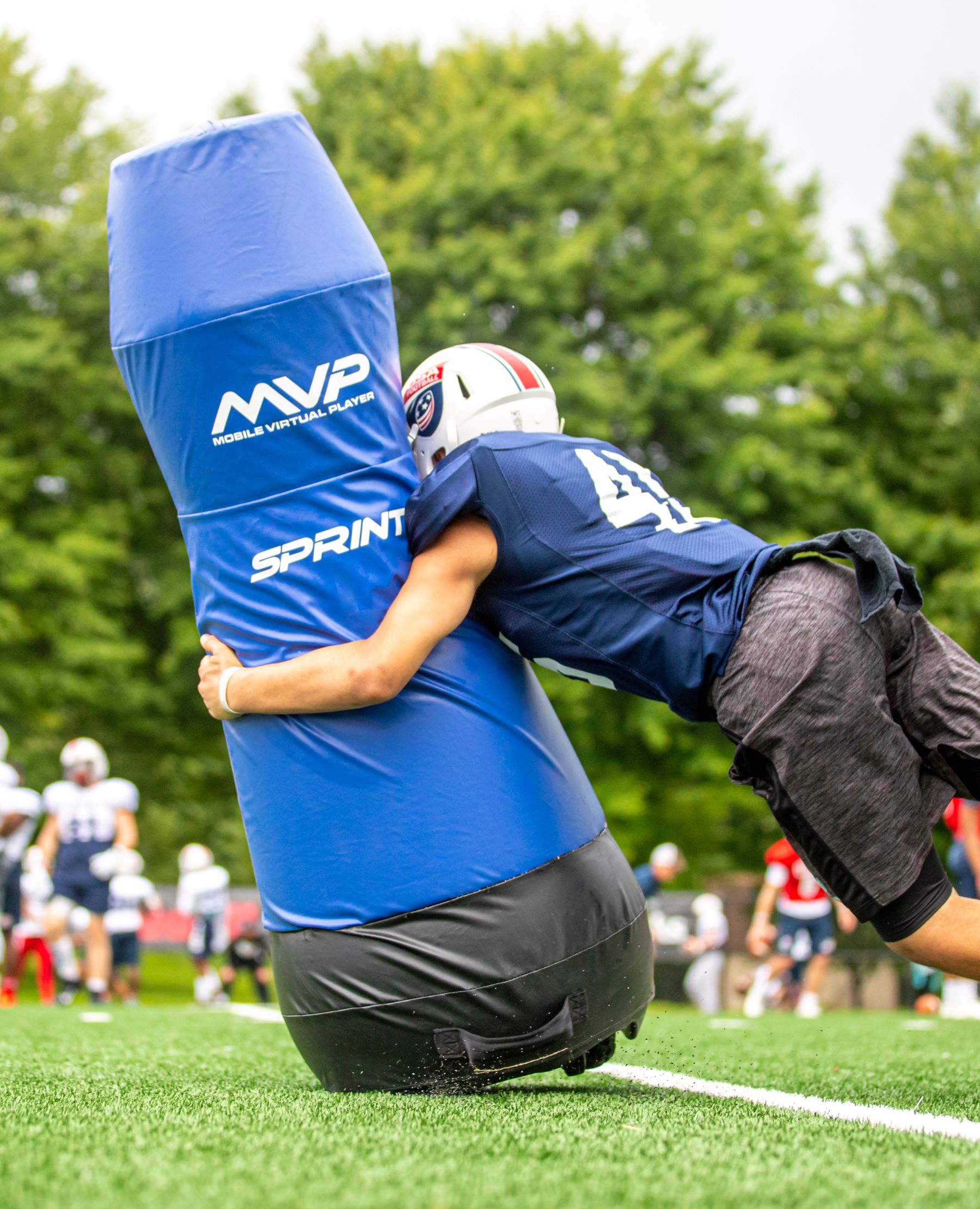 According to Dartmouth football, the team saw a significant reduction in concussions in the first two years where MVP's robotic tackling dummies were implemented into practice, and during the 2018 season, 21 out of 22 starters played in every game, leading Dartmouth to a 9-1 season.

Perhaps just as important as the safety component of MVP products is the robotic tackling dummies’ ability to replicate in-game experiences by simulating the size, speed and agility of an elite player, with the robotic dummies ranging from 120 to 190 pounds and capable of reaching speeds up to 18 mph on both grass and turf surfaces.

Watch the video to learn how MVP is impacting the next generation of U.S. National Team players and why you should consider purchasing one for your own team.

“MVP’s advanced technology elevates the learning of the next generation of American football players,” said Aaron Ingram, senior manager of U.S. National Teams for USA Football. “The capabilities of each of MVP’s products benefits every position on the field and helps coaches better teach the fundamentals of tackling while putting a priority on player safety.”

Hear what other coaches and players are saying about the world’s first self-righting robotic tackling dummy.

"It never gets tired and it runs at an appropriate football speed. In today's NFL, with player safety the focus, I think it's going to provide opportunities to improve without the hand to hand or man to man combat." Mike Tomlin, Pittsburgh Steelers Head Coach

"Just seeing the technology. Being able to hit a moving target. We've used the donuts that came out last year and they really helped guys… But it's not the same as going to the ground, taking something to the ground and getting your body accustomed to going to the ground without using your head." Bruce Arians, Tampa Bay Buccaneers Head Coach

“The longer our coaches put their heads together, there are a lot of different things you can use them for. We do a lot of work with sleds and dummies, but now you have a dummy that can move. I don’t think there’s a limitation from where we are from that standpoint.” Chip Kelly, UCLA Head Coach

"Protecting athletes is critical and the very reason MVP was developed. It's a solution that will allow youth, high school, collegiate and professional players to fully execute a tackle, eliminating player-on-player contact during drills, while maintaining the level of challenge associated with tackling a live person." Buddy Teevens, Dartmouth College Head Coach whose Ivy League program was among the first in the country to eliminate full contact and use MVP technology

“I think they’re pretty neat contraptions. To be honest it is like a good visual effect of how a running back or receiver who catch the ball and run down the sideline to give us a pursuit to open us up and give a good angle to pursue to the ball, which is the dummy.“ Stephon Tuitt, Pittsburgh Steelers Defensive Tackle

“I also love it for youth football because there are kids that don’t know how to “be the dummy” if you will when they’re teaching form tackling. To have something that can really take that shot and teach kids the right way – the technically sound way – of tackling, I love this!” Jeff Saturday, Six-Time NFL Pro Bowler & Super Bowl Champion Offensive Lineman 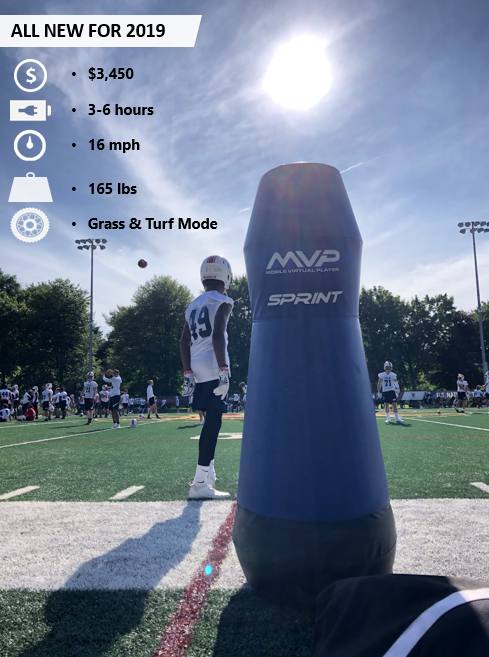 This summer, MVP released a newer lower-priced model, MVP|SPRINT, with high school and youth programs in mind. By redesigning and sourcing consumer electronic parts, the MVP team was able to successfully create a robotic dummy that is durable, sells for $3,450 and has increased performance on grass and the rougher field types that high school and youth programs often practice on.

The MVP|SPRINT has begun shipping for the 2019 season and can be ordered today. Be sure to reserve yours today with a $350 down payment.