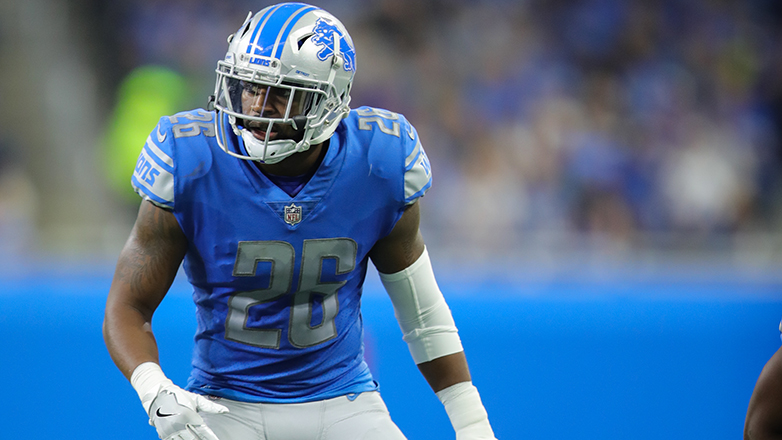 The sport of football has a way of preparing those who play it for many avenues of success in life off the field. From business to entertainment, the life skills of football have proven to be invaluable to those who have played the game. Another arena where the gridiron has proven an invaluable base to its participants in the world of politics. Football players have filled the ranks of public service on every level, from local city governments to the role of the President of the United States.

Currently, there are multiple former players occupying spots across the nation, all with the aim of serving the residents of their respective communities to the very best of their abilities. Former defensive back Don Carey is just the latest example After retiring in 2019, Carey successfully campaigned for a spot in City Council in Chesapeake, Virginia. He got his drive to serve the public through his parents and he honed that on the football fields of Virginia.

“Public service has always been a part of my life,” Carey explained. “Growing up, my dad was a coach, so he constantly was giving back to the community and constantly doing what he could to positively impact young people’s lives and make them better. My mother was the same way. The concept of serving others was instilled in me growing up. My faith is also the kind that makes me want to help other individuals not just from a spiritual standpoint, but from a practical standpoint, as well.”

Carey got his start in football at an early age and for the best of reasons: he was tired of being the all-time center in the games he would play with his older cousins. An all-around athlete, he started his career as a quarterback before making the switch to the defensive backfield in high school. At that point, he was set forth on the path to success.

He would play four years at Norfolk State and would be a star defensive player for the Spartans. Carey’s legacy at his alma mater was cemented a decade later when he received the school’s Graduate of the Last Decade award and, in 2019, was inducted into the Norfolk State Athletic Hall of Fame.

“Playing in college was a goal that I had set forth at an early age,” Carey said. “I had planned to go to college for educational purposes. I wanted to get a degree in engineering. The recruiting process was honestly a little disheartening. I would send out highlight tapes to schools and the responses I would get would things like you’re too small, we’re going to go in other directions, you don’t have the skill sets to play DI ball. 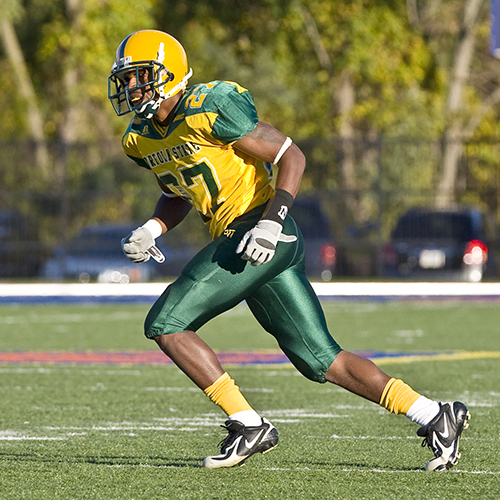 “One of the coaches that I had been into contact ended up at Norfolk State and he reached out to me and I was the third player that signed with them. I ended up starting all four years there. My favorite memory was our rivalry game with a local HBCU, Hampton University. It’s called ‘The Battle of the Bay.’ Norfolk State hadn’t beaten them in quite some time, about five years, and the losses were kind of lopsided. By my junior year [in 2007], it was a very close game.

“They score a touchdown to make it 20-19 and they needed to score the extra point to tie the game. I just so happened to slide through the offensive line, block the kick, and we win the game. We win the game and the fans rushed down on the field and 30,000 people danced the Cupid Shuffle. It was awesome.” 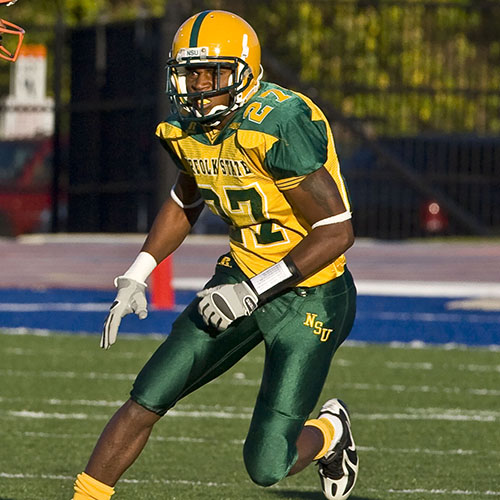 He would be the first Norfolk State player in their Division I era to be drafted when he was taken in the sixth round of the 2009 NFL Draft by the Cleveland Browns. He would spend training camp with them before latching on with the Jacksonville Jaguars. After two seasons with the Jags, Carey would sign with the Detroit Lions in 2011. In the Motor City, Carey would become both a regular starter in the Lions defensive backfield as well as an ace on special teams. He would have his best season in 2015, leading the team in solo tackles and being second on special teams in the same category.

“I felt that I belonged at this level my second year with the Jaguars,” Carey explained. “I had a couple of injuries, but when I got with the Lions, I played well. I came back from another injury in 2012 and the Lions defensive coordinator stopped me and said ‘Hey, you have what it takes to be a great defensive player. Let it go.’ I took that to heart and had the best years of my career in Detroit.” 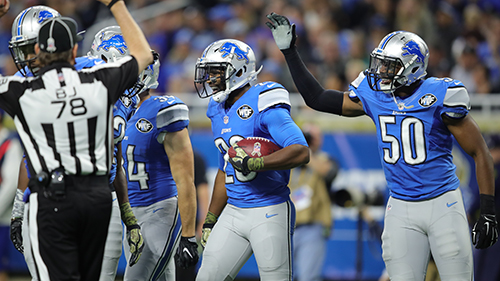 Despite having a lengthy career in pro football, and earning numerous accolades, Carey had always had an eye on life off the field. He and his family had no doubt that a career in public service was what was in the cards in terms of his next phase of life.

He would become a published author with the release of his book It’s Not Because I’m Better Than You in 2017 and would start the Don Carey REECH Foundation, which uses sports as a way to connect students with careers in STEM fields. However, public office was where he felt he was needed most, and he would win a four-year councilmember term in Chesapeake in 2020.

“I started thinking about life after football around 2015,” he said. “My wife and I knew we wanted to get into politics at the local level. We thought there was a need to have more individuals in office that thought the way we did and who were interested in planning for the future and in working with anybody no matter what their political party or affiliation.

“When I was in the NFL, my mindset was that I was going to have to force a grown man into doing something against their will for 60 minutes and I’m going to love it. Obviously, I cannot do that on council, but I’ve shifted my focus from a person to a situation and my fellow members on council know I’m going to attack that situation with everything I have.” 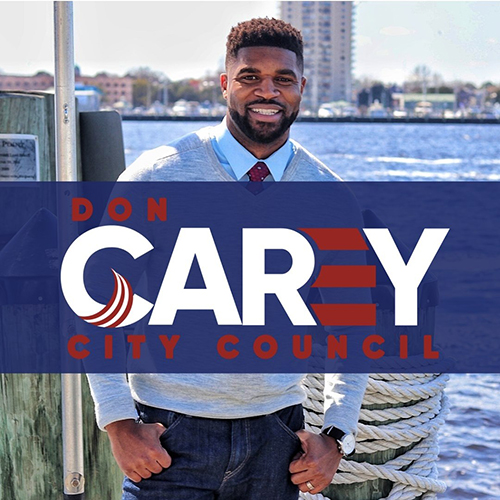 Of all the lessons that Carey was able to take from football into the realm of public service, it was the need to be prepared. He still carries his pre-game routine that he began in the NFL into his role in the city council. On game days, he would arrive at the stadium six hours early to prepare his mind, his body, and his spirit for what was to come. He continues that routine now, arriving well before council meetings to ensure he is as prepared for the necessary work to come. For Carey, football has given him a literal blueprint toward success. 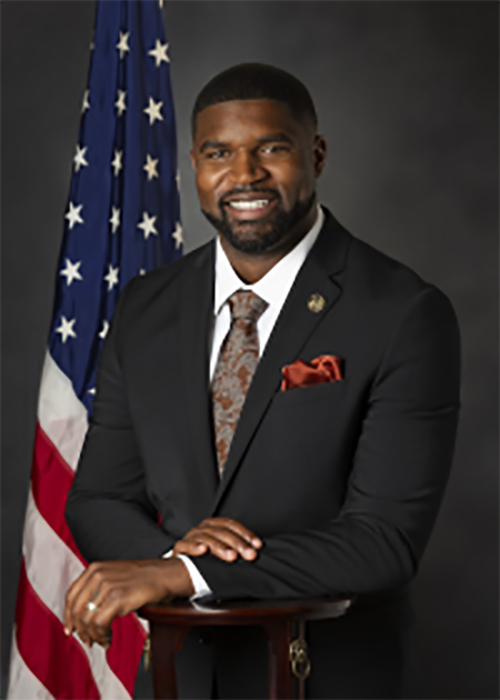 “When you played in the NFL as long as I did, you start to realize the way that teams prepare for a season is really a master class of success,” Carey explained. “You begin in the spring where your focus is on the rule book and the playbook. You learn about the rules and you learn about the best way to maximize your team’s talents within those rules. Then you learn the plays and learn how to best maximize your talent with that within those rules. You gradually build up to where you can work full speed.

“From there, you gradually work your way up to compete against an opponent and you create a game plan that is built on the foundation you laid in the spring. The intensity with which you go about doing that, it’s not life or death like the military, but you won’t find anything as intense as football unless you’re in the military. The level of accountability, the level of intensity and energy, there is nothing like it anywhere else. When it was time to run for office, I used the same approach. I needed to know what the rules were and what the playbook was. Because I came into it with a football mentality, it put us into a position where we were just ahead of everyone else.”