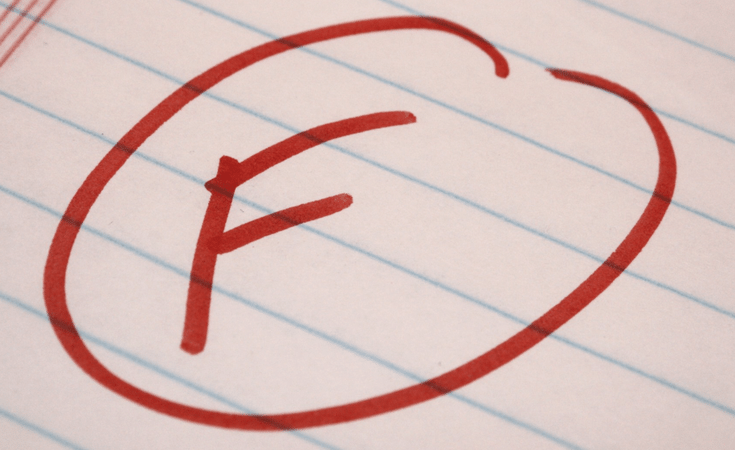 A familiar story is heard in schools across the country – an athlete who had all the talent in the world, but couldn’t do the job in the classroom. Often it's too late before a high school superstar realizes academic success is just as important as achievements on the football field.

While four years fly by, there are always opportunities for athletes to turn their academic struggles around so they don’t decimate their potential as football players.

Rock Island High School (Illinois) and U.S. National Team coach Ben Hammer offers these four ways bad grades can spoil what should be one of the best times of your life:

1. You won't be viewed as a leader

Most athletes want their coaches, teammates and community to view them as a leader. Regardless of any on-field heroics, a combined lack of effort and success in the classroom will lead teammates to look elsewhere for leadership.

"Coaches look for their best players to convey their program principles and philosophies, because the best players often have a heavy influence on the team as a whole, especially younger players," Hammer. said. "The first and foremost (principle and philosophy) will always be academics, because academics are necessary to achieve the goals the coach is trying to push the athlete toward."

2. Chances of being a team captain are out the door

The honor of being chosen team captain is arguably the highest honor any individual football player can achieve. If an athlete has proven to not be able to get the job done academically, there's no way that athlete can be trusted as someone to represent the team in that way.

"Simply put, most teams have academic requirements in order to be a captain," Hammer said. "If a student-athlete has bad grades, it shows teachers, coaches and administrators they don't take pride in everything their name is attached to, on the field or off."

Every single player on a team is expected to represent the program in all aspects. This is especially true of team captains.

"(Keeping up your grades) is an extremely important characteristic in a captain because all coaches want captains, assistant coaches, booster club members and everyone else affiliated with their program to always represent the program in a positive light."

3. Your accomplishments on the field aren't as appealing

Any high school athlete's outstanding, game-winning performance can be overshadowed by that same player's complete lack of effort and discipline in the classroom.

"If academics aren't a priority, your career won't advance to the scholarship NCAA level," Hammer said.

"There's a sliding scale with core GPA classes like English, math, social studies, science, foreign language, psychology," Hammer said. "There must be a certain level of this sliding scale (grades) met in order to be able to accept a scholarship. Many schools won't admit you without certain required grades achieved for this scale."

When college recruiters come to check out a player, they'll cross off even the best athletes from their target list if they know they aren't performing in class at an acceptable standard.

"Schools have to be mindful of their APR, or academic progress rate," Hammer said. "This is a number that takes into account what classes a student is taking as well as their progress toward their degree and the percent of players that get their degrees.

"If a student is likely to hurt a school’s APR, and they can get a similar student with great academic prowess, the school will opt for the more academic player every time because of the APR rules."

4. You begin to gain a negative reputation

Even the best athletes can be followed by the stigma of poor performance in the classroom.

"As a student-athlete that's often in the public eye, you have to realize your character is based on your total body of work, not just how many tackles you had Friday night," Hammer said.

If athletes take that drive, passion and determination that's exemplified on the field and apply it to their schoolwork, their reputation will remain pristine.

"If you can learn plays and be responsible to work hard in the weight room in order to do a great job on the field on Friday nights, people expect you to put that same effort and focus into the classroom and everything else you do," Hammer said. "Your every action is a resume for whatever you want to become. It just isn't enough to be great on the field. You have to build your resume to become what you want to be."

This is an updated version of a blog that originally published May 17, 2016.