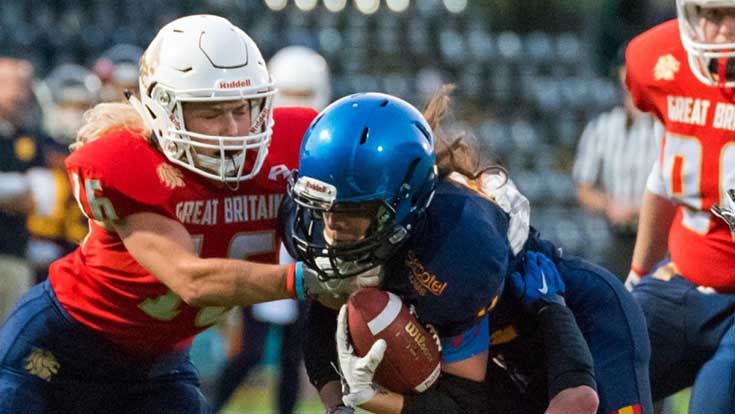 The Buffalo Bills have a new addition to their staff—and it’s the result of a relationship first formed at the NFL Women’s Careers in Football Forum.

The team announced it is bringing on Phoebe Schecter during training camp as a coaching intern this summer:

Schecter began to play organized football after she moved to Great Britain in 2012 and quickly established a reputation for outstanding play at the linebacker position for the Birmingham Lions of the British American Football League.

She took part in the NFL Women’s Careers in Football Forum in Orlando, Fla. in January, while she was participating in the 2017 Women’s World Football Games.

One of the panelists at the event? Bills owner Kim Pegula.

According to The Sporting News, Pegula was so impressed with Schecter that she recommended her to Bills head coach Sean McDermott.

Schecter is also set to represent Great Britain in the 2017 Women’s World Championship, which will take place in British Columbia, Canada from June 24-30.

The Bills are no strangers to having women on their coaching staff.

Last year, the team made headlines for being the first NFL team to hire a full-time female coach, Kathryn Smith.

Schecter is joining the likes of Smith, Jen Welter and Collette Smith as women who continue to establish themselves in the NFL coaching ranks.

Video: Inside the world of women's tackle football