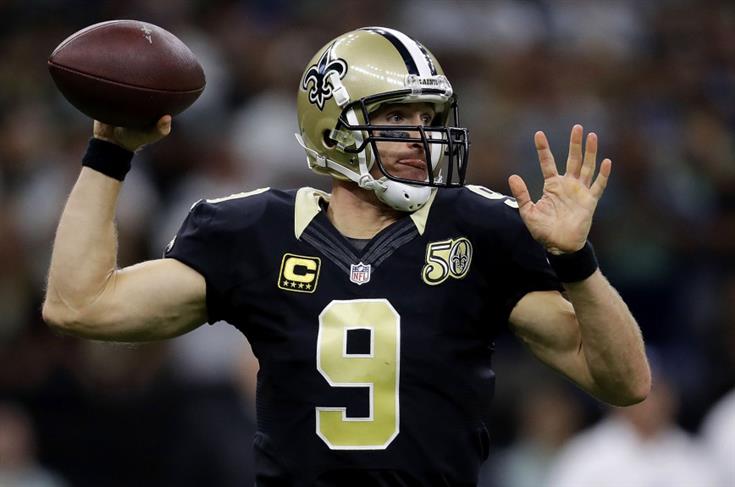 Sean Payton is one of the league’s best offensive coaches. The combination of Payton and Drew Brees have made 5,000-passing-yard seasons look routine. Of course, Brees and his downfield passing make up a large part of that yardage, but the Saints also get significant production from their screen passing game.

They’ve been one of the best screen passing teams in the league since Payton arrived in New Orleans. The offensive line and skill players routinely execute their assignments or blocks with excellent technique and timing. Brees and his quick release and pinpoint accuracy make a huge difference on the screens and help to maximize yardage.

It’s obvious that the team commits a lot of time working on screens and it pays huge dividends on gameday. They help to slow down the pass rush and produce consistent yardage with big play potential.

Payton loves to uses his running backs in passing game. Early in his head coaching career, he found all sorts of ways to get the ball in the hands of Reggie Bush. Now, he is using rookie Alvin Kamara in a similar role.

One of the most common types of screens you’ll see from Payton’s offense is the swing screen.

Kamara begins lining up on the left of Brees. When the ball is snapped, he runs to the opposite side on a swing route. No. 22 is supposed to pick up Kamara man-to-man, but the tackle takes a wide outside step to release and block No. 22. The tackle fights hard to get on the defender’s outside shoulder so Kamara could get wide.

Another key part of the play is the perfect placement of the pass. Brees gets the ball to Kamara in an easy spot to catch and hits him on the run. Unfortunately for the Saints, the defensive tackle is on a stunt and loops outside. He sees the swing and his momentum helps to take him all the way outside to narrowly stop the play.

Like any good offensive coordinator, Payton simply dresses up his base concepts with different formations, motions and personnel usage.

This swing screen is more of a bubble screen than a true screen, as there aren’t any offensive line releases, but the concept is still to outflank a defense with a quick swing.

Kamara lines up in the backfield, while running back Mark Ingram is lined up in the slot to the right. Ingram orbit-motions across the field and Brees again puts the ball right on the money and hits the running back in stride.

The perimeter players to the screen side hit their blocks with excellent timing. Although they aren’t perfect blocks, they are good enough to spring Ingram for a nice play.

Even on simpler bubble screens, the Saints are able to produce good yardage with excellent blocking and feel from perimeter blockers.

Brees motions Ted Ginn Jr. (No. 19) across the formation to form a bunch formation to the right. Brees throws the ball to Ginn, but the Detroit Lions’ defense actually has the offense outnumbered to the screen side. It’s a 3-on-3, but if the numbers are even, the defense has the advantage because there are three defenders on one ball carrier and two blockers, meaning one defender should be free to make the tackle.

The offense has a cross block on. Michael Hoomanawanui (No. 84) essentially down blocks the closest defensive back, but the key here is that Hoomanawanui realizes that the defensive back isn’t in position to make the screen and lets him go to block a more dangerous threat to the screen.

Josh Hill (No. 89) the final part of the bunch crosses Hoomanawanui and becomes a lead blocker for Ginn. Ginn gets an opening and uses his speed to get the ball close to the goal line.

What makes this slot tunnel screen work is how the Saints blockers are able to adjust on the fly and complement each other’s blocks.

The first key block comes from Hoomanawanui. He goes out to block the nickel corner who is the most dangerous defender. The guard releases in that area, but sees that Hoomanawanui has that block sealed up, so he turns up in the alley and has the awareness to turn inside to block a pursuing defender.

This entire play wouldn’t happen if the center doesn’t peel back on a defensive tackle who almost stops the play at the line of scrimmage.

Both of the offensive linemen blocks weren’t drawn up that way, but because of their experience and awareness, they execute two key blocks to spring the screen for a big play. This sort of awareness and execution just doesn't happen. It takes a lot of practice and commitment. Sean Payton is willing to pay the price of time to perfect all the details that make his screen game work, and the results on game day speak for themselves.