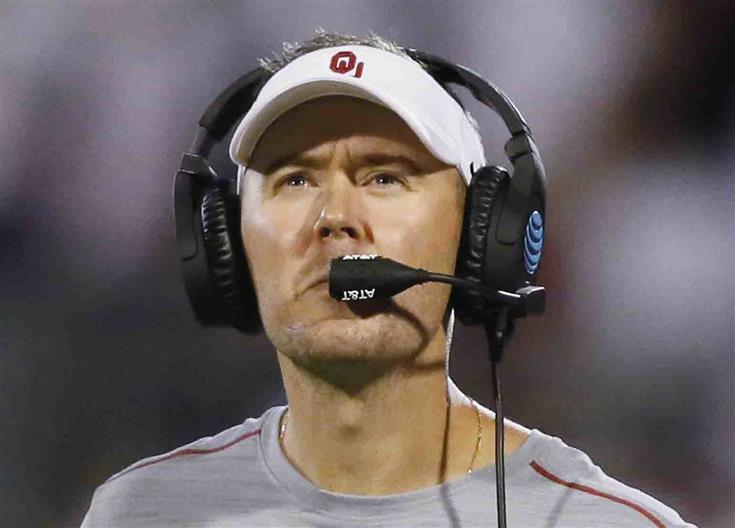 In his first season, Riley led an explosive offense (seventh in the nation) that would be the driving force into getting the Sooners into the college playoffs. Last year, Stoops suddenly retired and left the keys to Riley. Relatively speaking, Riley’s ascension to head coach of a big-time program was rapid.

When you watch his offense, it’s easy to see why Riley was so highly regarded. It is extremely unique and creative. A lot of the route combinations that he runs are ones that I haven’t seen anywhere else. Riley’s outside-the-box thinking is a big reason why Oklahoma is the No. 1 offense in total yards in college football this year. Let’s take a look at some of Riley’s interesting concepts.

This sort of play might be game-plan-specific. Perhaps, Riley saw on film that Oklahoma State’s cornerbacks sag off receivers when they run bubble screens and drew up a way to take advantage of it.

The Sooners have a slot fade concept to the bottom of the screen with the number one receiver Marquise Brown (No. 5) running a bubble, while tight end Mark Andrews (No. 81) runs a fade over the top of him. Against any sort of man-to-man coverage, the slot fade is always the primary option.

However, instead of throwing the fade, quarterback Baker Mayfield pump-fakes to Andrews, which could have caused the corner covering Brown to relax. Just as he relaxes, Brown bursts inside and is wide open for a huge gain.

The ingenuity of this concept shows that Riley thinks about adding counters for core concepts as well as the ability to take advantage of his opponent’s defensive tendencies.

Riley may not have been the inventor of the “in & out,” but it’s the first time I’ve seen it used in combination with the more common mesh concept.

A mesh concept simply involves two receivers from opposite sides running crossing patterns toward each other to create a “rub.” Riley’s mesh concept includes a “dig” and “out” combination. 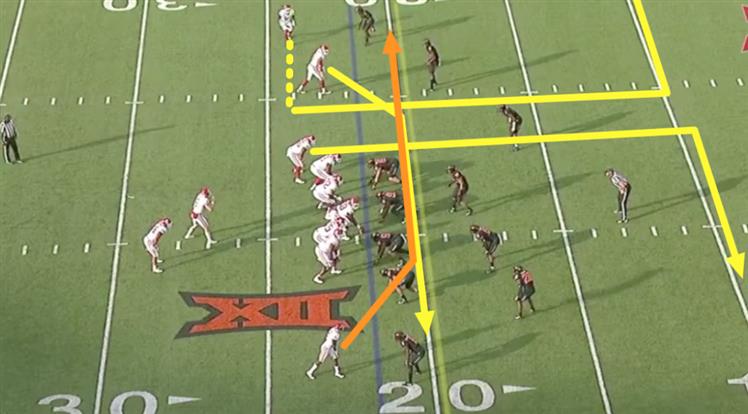 These two additional routes create an additional “rub” for the drag on that side, but also combines two other concepts into this play.

On the left of the formation, the out and drag coming in that direction, forms a high/ low sail concept to that side. 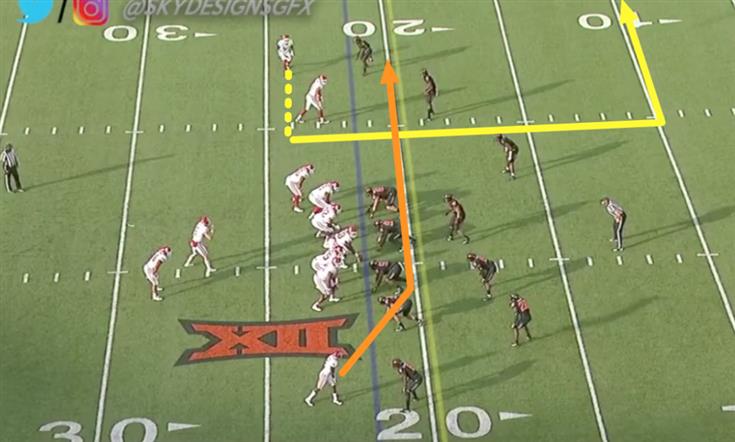 While the dig and drag forms a shallow cross concept to the middle of the field. 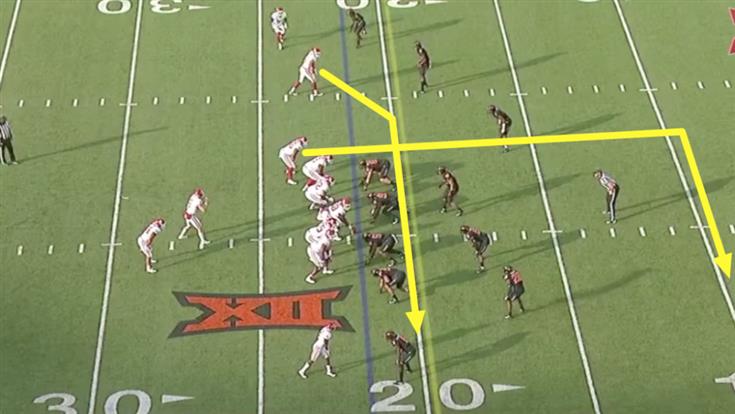 It is unclear how Riley wants Baker to read this concept, but there could be a different focus or progression against every type of coverage. It is a really interesting play because essentially you have three concepts in one (mesh, sail, shallow cross).

Here, Mayfield sees man-to-man coverage and simply goes to his best matchup. He puts CeeDee Lamb (No. 9) in short motion inside, which gets the defensive back who’s covering him thinking that he may continue inside on an in-breaking route. Instead Lamb, breaks outside and is wide open.

Almost every football team at every level has this concept in its playbook. In a lot of pattern match coverages, offenses will automatically get a safety to lock on the inside slant while the corner locks on the outside slant.

Lamb runs the slant from the outside, while Brown runs what looks like the inside slant initially. Brown takes three steps inside before breaking outside. Lamb runs his slant right off Brown’s breaking point, which creates a natural rub for Brown as he breaks outside.

The safety covering Brown is caught off-guard because he’s fully anticipating defending a simple double slants concept and he also has to go around Lamb to make a sharp break outside. Brown gets open and Baker delivers a perfect pass. As you could see, Brown is dangerous in space.

Another common concept that teams use is the slant/wheel. It is another “rub” concept. 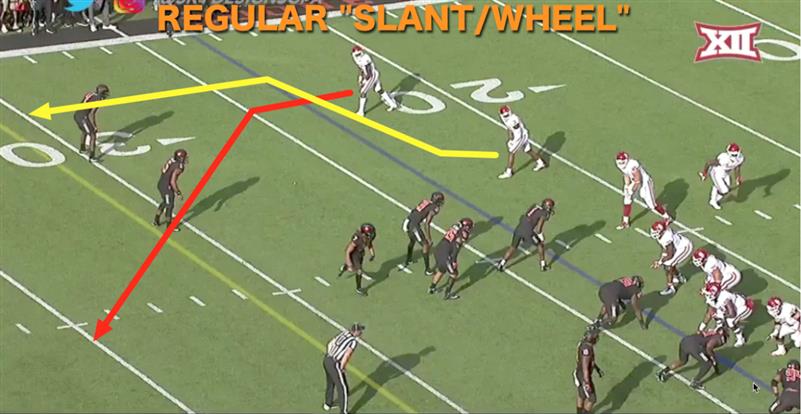 The outside receiver runs a slant, while the inside receiver wheels outside down the sideline. The hope is that the slant “rubs” the defender who is defending the wheel route.

The cornerback (No. 5) who is defending Mykel Jones, the slot receiver, takes a high angle upfield because he is anticipating a wheel route. Instead, Jones runs a comeback and has almost five yards of separation because of the play design.

These are just some of the many creative play designs in Riley’s playbook. Oklahoma is going to be in the playoff hunt once again because of its explosive offense, and if you are a football junkie, make sure to pay attention to some of Riley’s pass concepts. Moving forward, though, I’d love to see Riley inject a shot of originality into an NFL offense one day.