No matter what happens with my favorite NFL team, I can always count on youth football 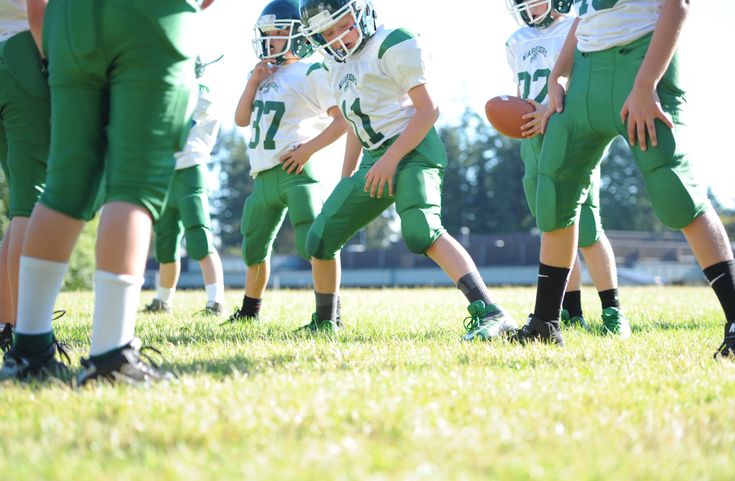 If I wasn’t at work, I wouldn’t have been watching.

As the final seconds ticked down on the New England Patriots’ victory Sunday over the Jacksonville Jaguars in the AFC Championship Game, there were a few thoughts in my head. As a fan of the New York Jets, the main thought was, “I’ve really had enough of this,’ and the emotion was one of anger because, quite frankly, I’m sick of the Patriots and their run of success since 2001.

But, on the outside, I had to keep my emotions in check because I was getting ready to anchor updates on CBS Sports Radio. I was seething inside because all the Patriots do is win and win and win, and I was just 1 year old when the Jets won Super Bowl III. There was one thought that crept into my head as Tom Brady was celebrating another trip to the Super Bowl.

What always brings a smile to my face is the fact my sons Bradley and Jared play youth and flag football, and it it wasn’t for that, the Patriots’ latest triumph would have made me pull out the rest of my hair, and there’s not much left. Being a youth football parent is a great thing because the results of the games aren’t always what’s important. Sure, you want to see your kids win as much as possible, but just the fact that they’re out there having fun is what it’s all about.

For the last eight years, watching Bradley play tackle football has been a joy. His teams have had ups and downs, with a couple of Super Bowl wins along with some other postseason bowl wins and some not-so-good seasons. Regardless of the outcomes, spending Saturday nights or Sunday mornings/afternoons watching him play has been a wonderful experience.

This past season, Jared played flag football for the first time, and it was great to see him having fun like his brother. As a father, the same juices are flowing because that’s my boy on the field playing football, especially when he scored a touchdown! Our local flag football team uses NFL team names, so Jared was on the Giants this past season. He asked me if that was OK, and I said yes.

But if we found out he was going to be on the Patriots, dad may have asked for a trade because I don’t know if I could have stomached that!

I can’t tell you how many times people have come up to me during the week and said, “Hey, did you see the Jets game on Sunday?” or, “Are you going to the Jets game on Sunday?” Many times, the answer is no, or I’m DVRing the game because my favorite two football teams are the ones that Bradley and Jared play for. They are my two favorite football players, and there isn’t another football team on the planet that would take me away from it unless I had to be there because of work.

So, after the Patriots advanced to the Super Bowl … again, I just shook my head and wondered if I’ll ever see the Jets do this. But then I looked the at picture of my kids playing football, and I realized nothing else matters.

That is until NFL free agency and the draft, and I start thinking about how the Jets are going to look next year and the heartache starts all over again!

Peter Schwartz is a sports anchor for the CBS Sports Radio Network, FOX News Headlines 24/7 and WCBS 880 Radio in New York. His older son, Bradley, plays youth tackle football for the Super Bowl Champion East Meadow Rams on Long Island, while his younger son, Jared, plays flag football for the LSW Giants. Peter, his wife Sheryl and the boys are busy cheering on the New York Jets when they’re not at a youth football field.