In youth sports, if parents pay, children should play 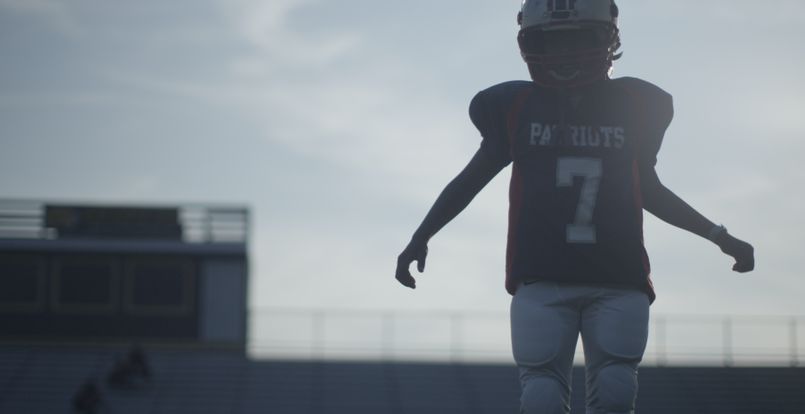 There’s an old saying that “you get what you pay for.”

That generally holds water when you’re shopping for clothes, a TV or even a car. But whatever you spend on an item or for a service, the expectation is that it either fits, it works, or the services have been rendered. The same should be the case when a parent writes a check for your child to play youth sports.

If you’re writing out a registration check for your child to compete in an intramural or a travel sport, when you take your seat in the stands, you should see your child on the field. Unfortunately, that is not always the case, and parents need to do their homework, especially when it comes to youth football, when deciding which programs to join.

RELATED CONTENT: Players must treat teammates with respect, even when they don't get along

I was listening to a youth sports radio show over the weekend, and one of the topics was travel baseball programs that will cash your check so your child could be on the team, but then there’s no guarantee your child will play. This is not the case with all programs, and in fact there was a guest on the show who ran a travel softball program that provides every player with playing time.

This topic gave me a feeling of deja vu because my wife Sheryl and I have been through this before with our older son Bradley on two occasions.

One was in little league baseball about five years ago when his intramural coach asked if Bradley wanted to participate with the travel team that summer. It was a team comprised of 8-year-olds, but Bradley was only 7 years old at the time. They begged us to let Bradley play because he could play catcher and it would lower the registration cost for the other kids.

RELATED CONTENT: 3 reasons why your child should play youth football

So my wife and I talked about it, and then I called the coach back to ask some questions, specifically the cost and how much playing time is guaranteed. The conversation ended very quickly when the coach basically told me that Bradley’s registration fee would be subsidizing the other kids. The program probably wasn’t happy with the coach being transparent, but I’m guessing they volunteered this information because they didn’t want to have a problem with us down the road.

RELATED CONTENT: Always make sure youth football is fun for your children

We’ve been on both sides of the fence with this during Bradley’s years playing youth football, so my wife and I can understand a parent’s frustration when they show up at a game and their child is sitting on the bench or standing on the sideline and they don’t get into a game.

And what if you got into your car and drove three hours for a “pay to play” special event?

Been there … done that … and got the postcard for that as well!

Last summer, Bradley was invited by his youth football coach to play in a New York vs. New Jersey showcase game in New Jersey. Bradley’s coach was not the coach for the New York team. The coach of another team on Long Island was asked to coach the New York team, and he needed more players to fill out the team.

So he asked around and Bradley’s coach provided some players for the team, but then the other coach played all of “his guys,” and Bradley probably played five or six snaps the whole game. That’s what we drove three hours to see? That’s what the triple-digit dollar cost to participate went toward?

Bradley gladly wore his own personal Riddell SpeedFlex helmet, but the game organizer didn’t come through on a promise to provide pants and other apparel. All the kids received was the game jersey, so buyer beware when it comes to paying to play.  As a parent, you need to make sure the program or event you are considering for your child is reputable.

The last thing you want to do is have your child get excited to play in a game and it doesn’t happen. It shouldn’t matter what the skill level is when it comes to youth sports.  If you pay to play, you should play. That’s my rule of thumb for the most part, because there are exceptions like the playoffs or critical moments in a game.

But each child should get that uniform dirty. As parents, we’d love nothing more than to wash them!

Peter Schwartz is a sports anchor for the CBS Sports Radio Network, FOX News Headlines 24/7 and WCBS 880 Radio in New York. His older son, Bradley, plays youth tackle football for the Super Bowl Champion East Meadow Rams on Long Island while his younger son, Jared, plays flag football for the LSW Giants. Peter, his wife Sheryl and the boys are busy cheering on the New York Jets when they’re not at a youth football field.