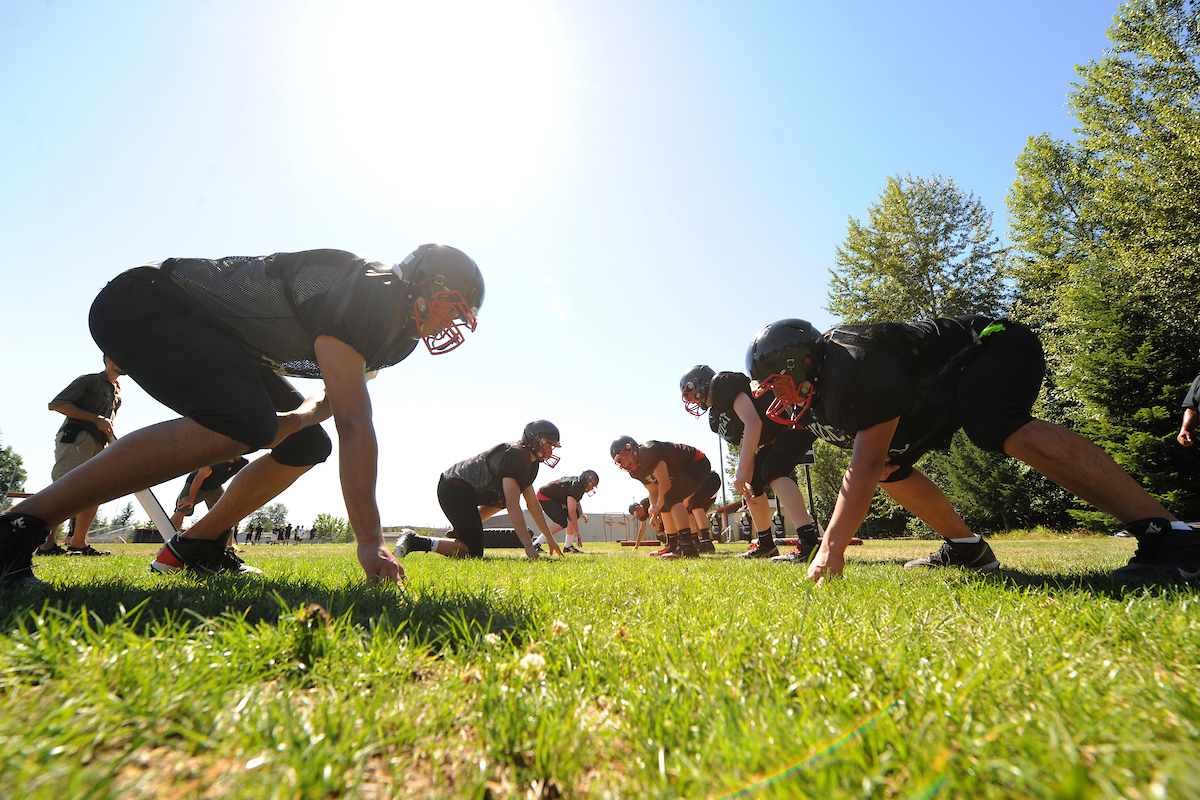 In a neighborhood that's plagued with crime and violence, one couple is devoted to making a difference through the game of football.

Que and Ernest Sidney started a youth football program earlier this year in their community, Park Hill, a neighborhood of Louisville, Kentucky. The Louisville Steelers Football and Cheer organization gives kids, ages 5 to 14, a chance to get off the streets and bring light into their lives.

Park Hill, located just southwest of downtown Louisville, is one of the city’s most dangerous areas with nearly 300 arrests made in the past year. The children of this neighborhood aren’t surrounded by many positive influences – a void that Que and Ernest want to fill.

“This is where you can go with your life if you dream and you want more and you want bigger out of your life,” Ernest told wdrb.com.

The couple wants to give kids a break from the harsh realities they endure in the community. Many of them have been first-hand witnesses to crimes like assault or drug dealing.

“It breaks your heart, because some of these kids, sadly to say, become immune to death and the reality that comes from that lifestyle that is out here on the streets,” Ernest Sidney said. “We are valued in changing what the normal is for some kids.”

Getting the kids involved in the program allows them to be engaged in an activity that motivates them. The Sidneys know that a proactive approach and guidance are what the kids need and what will make the organization successful.

The team also gives kids, like sixth grader Ja’mes Fugett, a chance to bond with other kids in the community.

“I think it is important, because I get to be out with people, and I get to meet new friends,” Fugett said.

The practices will be held eight hours a week for up to 100 children. The practice field is located behind the Park Hill Community Center, where the boys and girls will be taught techniques, drills and sportsmanship.

Over the course of the summer, they will compete against other Metro Louisville teams in different age brackets.

Growing up in a rough community makes it harder for kids to always make the right choices. Ernest Sidney knows this and wants to be there to guide them in the right direction.

RELATED CONTENT: From a homeless shelter to a college football scholarship: How Jaden Robinson signed with Oregon State against all odds

“You’re going to make mistakes,” Ernest Sidney said, “You’re going to mess up. But as long as you got people like us, the coaches and your parents that put you back on track, that is all that we can ask for.”

For more information about the team and how to help fund the program, click here.