Here's what Dr. Joshua Dines says about how to get your football player ready for the start of the season 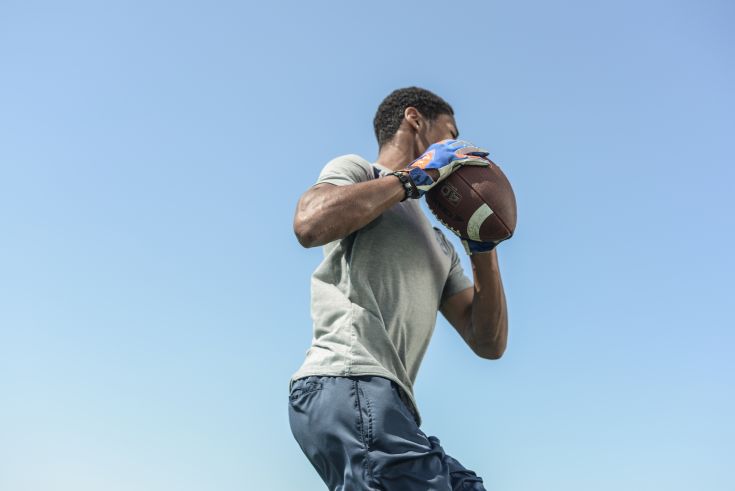 As we get closer to the end of the school year and our kids prepare for their summer activities, the start of the new football season is right around the corner. But before the kids take to the football fields this fall, there are things they can do during the summer to help them prepare for the new season while also staying in shape and preventing injuries.

Dr. Joshua Dines is an orthopedic surgeon at the Hospital for Special Surgery in New York City and is the assistant team doctor for the New York Mets and New York Rangers. He has also performed surgeries on many NFL and college players. During a telephone interview this week, I spoke with Dr. Dines about a number of things that parents should know about what their kids should be doing this summer.

RELATED CONTENT: Prep for the Season: Football equipment checklist for parents and coaches

PS: How important is it for youth football players to stay in shape over the summer before training camp starts?

JD: “I think it’s very important. All of these youth sports have become such high-level endeavors where when the first official practices start, they expect you to be in midseason form. The people who aren’t are behind and set themselves up for a higher risk for injury. There used to be an offseason, but now they kind of almost refer to it jokingly as a season without games because you still have to use the time to maintain your strength, get stronger, maintain your flexibility, and build up your cardiovascular conditioning because it’s almost like cramming for a test.  You can’t to it today. There’s not enough time before the practices start if you haven’t done anything all summer.”

RELATED CONTENT: How to fuel your tank as a player during the offseason

PS: Does it help if a child plays another sport during the summer?

JD: “I definitely think so. I think that almost speaks to the conversations about sports specialization. Playing different sports is great because you’re using different muscles, so it makes you a better athlete. If you’re playing soccer, you’re still running a lot. Same with lacrosse. You’re getting a lot of the benefits of still being athletic, but not necessarily exposing yourself to the same risks in terms of the contact.”

PS: If a child is selected to play in “showcase” or “all-star” youth football games over the summer, how important is it for coaches to put a limit on playing time?

JD: “I think that’s critical. We could tell parents to have their kids go at three-quarters (speed) or have less contact, but once a good athlete is out there, you forget that a lot of the time. In football, it’s pretty hard to turn it on and off. It’s high-speed and high contact and high risk of injury and you don’t have as much margin for error.”

RELATED CONTENT: What you should know about ACL tears

PS: Are non-contact youth football summer camps a good weary for kids to get acclimated to being on the football field again because they’re learning fundamentals without wearing all the equipment?

JD: “I think that’s a great way to do it. You’re still running around. You’re staying in shape and you’re being active. Being active may be better than playing soccer or lacrosse because you’re being a little more sport-specific.  You can use (the camps) to work on technique without pads and things that may prevent injuries and make you better when you do transition into the regular season.”

PS: How important is it for kids to be honest with coaches and parents when it comes to injuries?

JD: “That’s the most important thing because you take these things that are not big deals and if not treated appropriately now all of a sudden they risk much bigger injuries. Whether it’s a concussion and you have a mild one that would get better in a few days, maybe you sit out the rest of the game and miss another game. If you go back out there and you get hit again, now you can miss the season. You don’t want to scare the kids or be dishonest with them, but you could take something very minor or little and make it into a very severe injury by not telling us. You’re much better off being honest and missing a play or a week.”

PS: When you think about USA Football’s “Heads Up” programand the new Riddell InSite training tool technology, are you encouraged by where we are with concussions?

JD: “Clearly, it’s great that we’re more aware of (concussions) and we’re doing a better job of diagnosing them. Knowing what can happen if you get a second concussion in a short period of time, we’re gotten a lot more proactive about sitting people out and keeping them out of a game. As we diagnose these better and realize how common they are, it also still highlights how far we have to go to in terms of preventing them and coming up with better technology to treat them and/or prevent them.”

When you think of the summer, generally going on vacation, spending time at the beach or pool, or just relaxing are some the things that come to mind. But the start of the new football season is kind of like objects in the rearview mirror of your car. They’re closer than they appear to be, so it’s important for your child to be active this summer and prepare for the new season the right way and ensure that they’re on the field when September rolls around.

Peter Schwartz is a sports anchor for the CBS Sports Radio Network, FOX News Headlines 24/7 and WCBS 880 Radio in New York. His older son Bradley plays youth tackle football for the Super Bowl Champion East Meadow Rams on Long Island, while his younger son Jared plays flag football for the LSW Giants. Peter, his wife Sheryl and the boys are busy cheering on the New York Jets when they’re not at a youth football field.