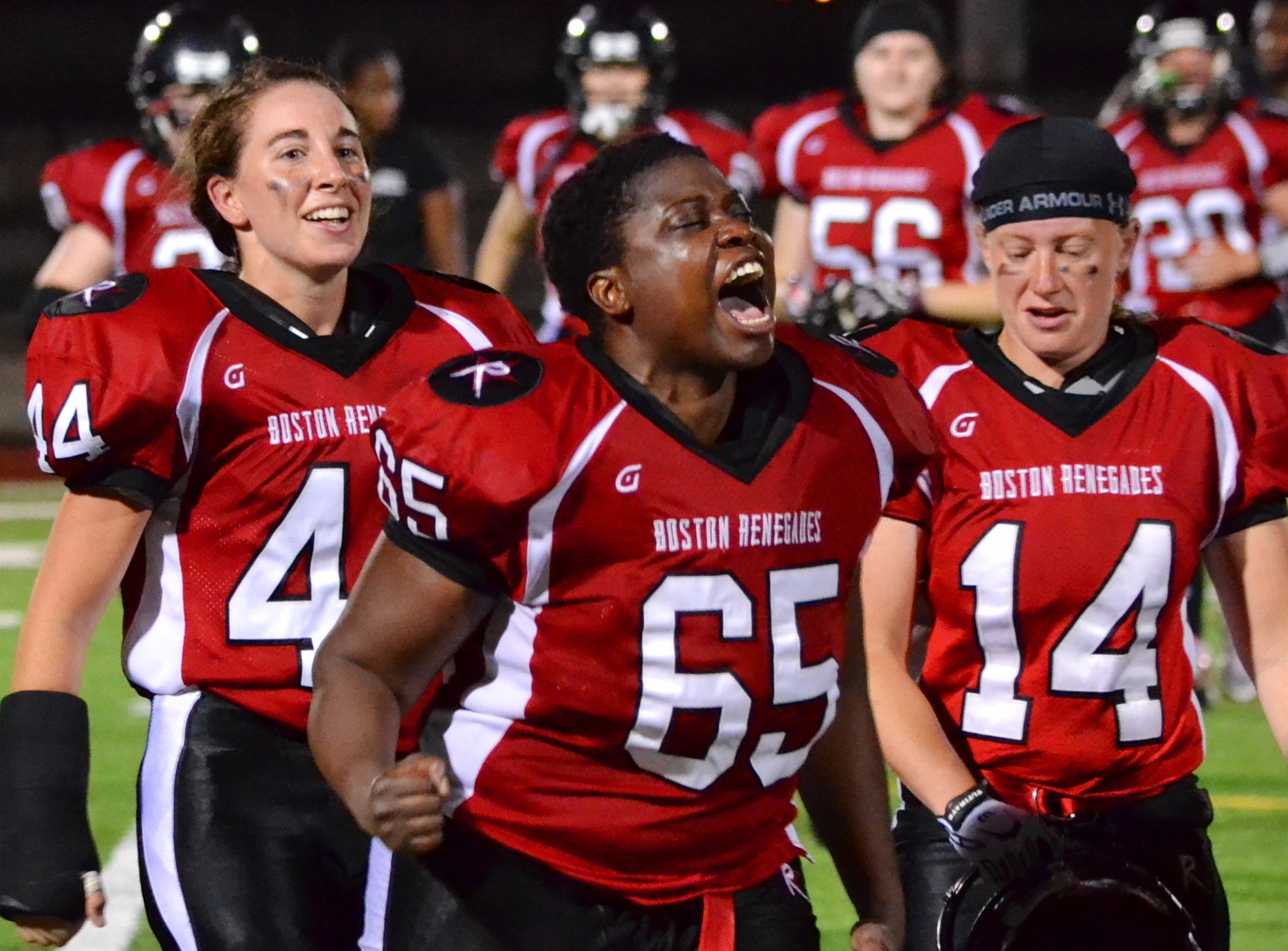 The Women’s Football Alliance is in its ninth year and the women’s national championship game is just around the corner. This year, the championship game will be held just outside Atlanta on July 27-28 at Kennesaw University's Fifth Third Bank Stadium.

The WFA was created in 2009 and has grown significantly in the following years. The league is made up of women from all different backgrounds and ages ranging from 18 to mid-to-late 40s.

“It’s showing that football can be for everybody and that’s the goal right? This is a great game,” said Jen Welter, the NFL’s first female coach with the Arizona Cardinals and a former linebacker for the Dallas Diamonds, a WFA team that has since dissolved.

Welter instructs alongside WFA team coaches and continues to promote the game to women. Here is a video to highlight the women’s league:

The first round of the Division-I playoffs concluded this weekend, advancing four teams to the July 14 semifinals. Nine teams make up Division-I with eight playoff spots, leaving one team out of the playoffs.

Neal Rozendaal, Vice President of Communications for the D.C. Divas, shared some interesting information about the team that didn’t make the playoffs.

“Ironically, the only team that missed the playoffs was the defending 2017 WFA1 champion Dallas Elite, who finished third in the Midwest Region behind the Kansas City Titans and Arlington Impact.” Rozendaal said.

Highlights from the Boston Renegades-Pittsburgh Passion game emerged via social media over the weekend. Here are some photos of the game that were shared on Twitter:

Teams took to Facebook and Twitter to spotlight their players. The Los Angeles Warriors congratulated running back Priscilla Gardner on a career record.

The Boston Renegades shared a clip from their game against Pittsburgh Passion in which running back Angela Pascual completed a 54-yard touchdown run.

The D.C. Divas gave Instagram praise to D'Ajah Scott for her record 250 rushing yards in a single game.

The Boston Renegades will play the D.C. Divas and the Kansas City Titans will compete against the Los Angeles Warriors on July 14th. The two winning teams will continue their journey down the road to Atlanta.

There are more games ahead, including the women’s national championship. You can buy discounted tickets for the championship online now and get all the information about the event at wfachamps.com.

GAME SCHEDULE (Division I only)