Road to Atlanta: Boston and LA to play in Women's Football Alliance Division I National Championship 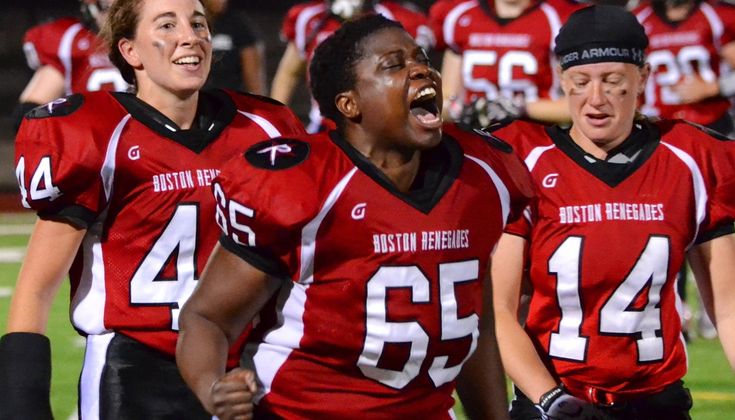 The Boston Renegades and Los Angeles Warriors will play for the Women’s Football Alliance Division I National Championship at Kennesaw State University in suburban Atlanta on July 28, broadcast on ESPN3 at 7 p.m Eastern Time.

Both teams came out victorious in last weekend's semifinals. The Renegades won the Eastern Conference title against their biggest rival, the D.C. Divas, and the Warriors claimed the American Conference crown against the Kansas City Titans.

The Renegades shared a friendly tweet with their upcoming opponent:

Congratulations @_LA_Warriors! We are looking forward to meeting you in Atlanta for the #WFAChampionship https://t.co/QGbPGTgMxz

Meanwhile, the Warriors shared a video from the team bus ride after their win:

It's the Renegades’ third championship appearance, with two previous wins in 2011 and '14, and the Warriors' first finals berth.

Silva says the new venue will be a nice change from the previous two championships held in Pittsburgh.

“It’s just going to have a totally different vibe being at Kennesaw State University’s campus and their beautiful stadium. It’s going to make the players feel really good and respected,” Silva said.

WFA commissioner Lisa King is excited to see the turnout in a new location, with the Division I Atlanta Phoenix as hosts.

“It's always busy and exciting preparing for the event. I'm blessed to have so many team owners helping to make this a success, especially the Atlanta Phoenix,” King said. “I already know they're planning an amazing weekend at a top-class stadium for fans and players to enjoy. I love being able to meet all the players from around the country and putting the best on the stage for the world to see how incredible these athletes are.”

At 3 p.m. prior to the July 28 D-I championship is the WFA All-American Game, where the best players from East take on the best of the West.

Discounted tickets for the women’s national championship are available online. You can find more information at wfachamps.com.