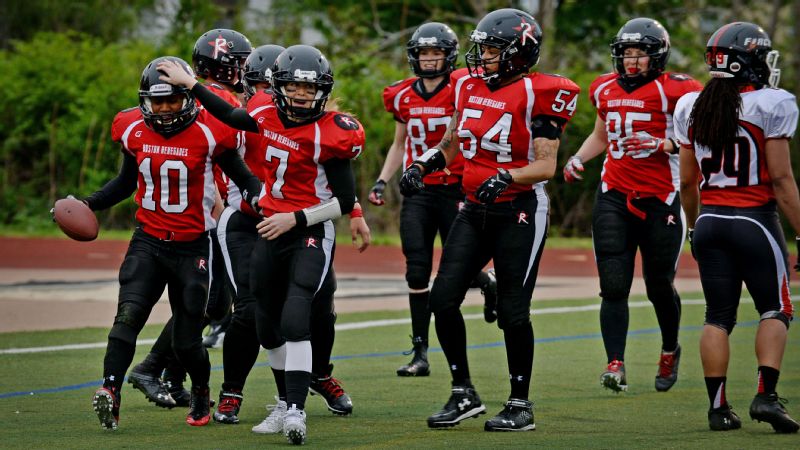 The Renegades and Warriors will travel to Atlanta on Friday, after a long week of preparation.

“It’s a mad scramble, but it’s a good problem to have,” said Boston owner Molly Goodwin. “We’re trying to make sure we’re incorporating all the stuff we need to do, like hydrate, feed and sleep, with a travel day in our week as well.”

Goodwin is a former player in the league and a USA Football board member from 2015-18. She and head coach John Johnson say the team is ready for its shot at a third title.

“It’s different than what we do during the regular season, but this will be our third playoff game, and the players are in a good rhythm of what it’s going to take to be adequately prepared,” Goodwin said.

Johnson said their 2017 title-game loss was motivation for this season.

“Last year we happened to be in this game on the losing end, so it’s kind of fueled a lot of fires for us in terms of getting back and doing what’s necessary to win this time,” Johnson said. “This group has had a year to mature, and they understand what they’re getting into this time. The outside noise isn’t going to be a distraction for us. We’re focused on getting this one done.”

“For us, we feel like the little things are truly what define the difference between winning and losing. We slowed down the tempo of practice to assure all the players were well-rehearsed in their assignments and responsibilities, and lots and lots of film. Our players also did a good job of getting together outside of practice to work out and stretch together,” he said.

It'll be the first time the teams have played, and the Warriors' first on the championship stage.

“It means a lot,” Patterson said. “This team has seen so many different coaches prior to me. I’ve had the pleasure of watching these women grow together as a unit for three seasons now. Being in the finals just proves, if you just buy into the process, the rest will take care of itself.”

Both teams spoke highly of one another.

“L.A. is a real good football team, and they pose some interesting challenges just in terms of their makeup and what they do well. It’s been a tough week trying to get ready for this one,” Johnson said.

“I think Boston is a good football team. Talented QB who looks like she commands her offense well. I think this will be a really good football game. This is not a team we're taking lightly, but we're ready to compete and take that trophy back to Cali,” Patterson said.

“I think it’s both good and bad to be playing a new opponent. The bad is you don’t know them as well as some of these other teams we’ve played before, so there’s a lot more homework that needs to be done. The good news is we don’t know who they are, and that keeps us on edge.” he said.

The Division II and Division III championships will be held Friday at nearby Perch Game Field, at 3 p.m. and  7 p.m., respectively. Prior to Saturday's championship, the WFA All-American game starts at 3 p.m., and the Best of the Best WFA Competition begins at 5 p.m.

Tickets for both days are available online. You can find more information about this weekend at wfachamps.com.

📹 The Boston Renegades will play Los Angeles in Atlanta on Saturday for the Women's Football Alliance Division 1 National Championship.

“Women’s football has helped me tremendously. I have learned that the sport of football is no longer a man’s sport, but an equal sport for all genders." - Coach Bobby Patterson, III, @_LA_Warriors https://t.co/kwyhQgF6kr #WFAnews pic.twitter.com/0LMN4eRICm