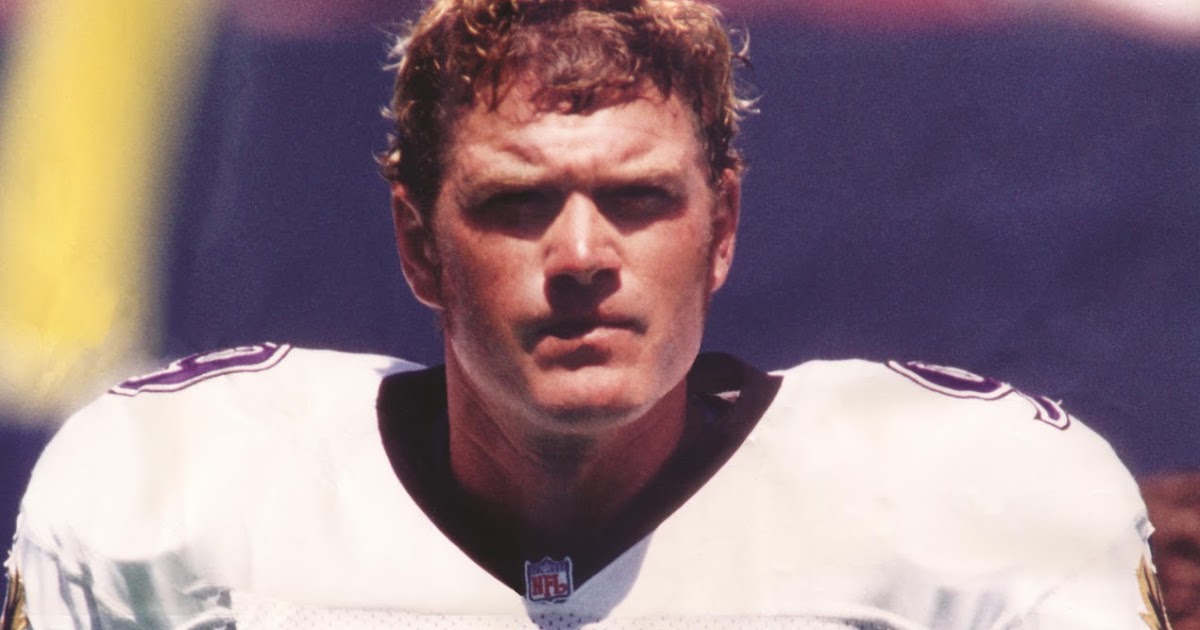 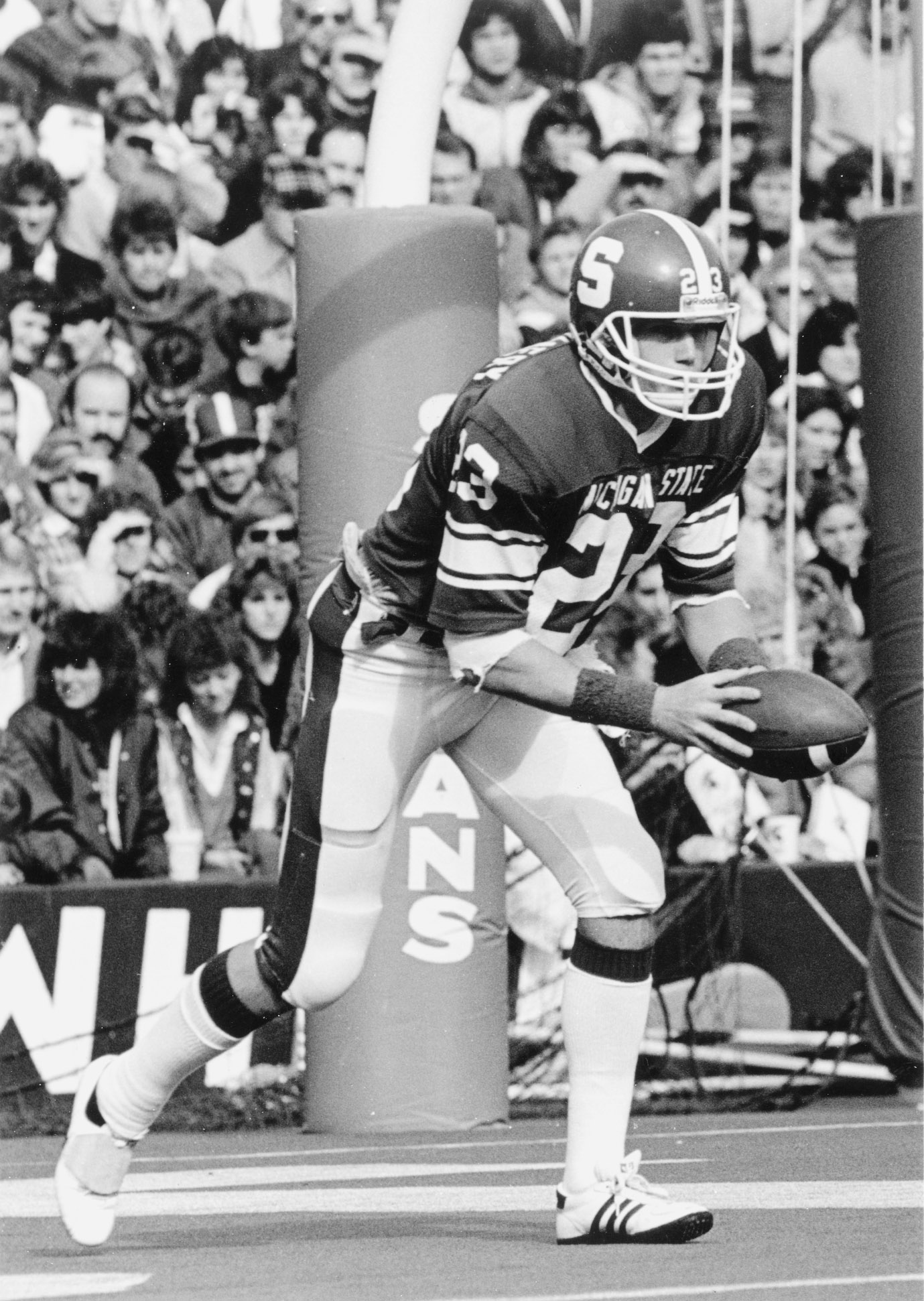 His success in the game can be attributed to two key factors that he learned early on while playing: patience and perspective.

“I played a lot of sports as a kid. Hockey, which was my first love, baseball, soccer, and of course football,” he said. “It was having this background in a lot of sports that helped me deal with adversity. I hurt my back in high school and couldn't play any other position and that's how I got into punting and kicking, and it worked out pretty well for me.”

His background in soccer made Montgomery a natural on special teams. He performed exceptionally well for Red Bank Regional High School in Little Silver, New Jersey. His booming leg earned him a full scholarship to Penn State University before he ultimately transferred to his parents' alma mater of Michigan State (his father, Greg Montgomery, Sr., was quarterback for the Spartans in the 1950s).

“You know, this is part of what I learned over time, both on and off the field. Things happen, and they don't turn out how you plan them all of the time,” he said. “But, you have to learn to not take yourself too seriously and remember to smile.”

In East Lansing, Montgomery would be an integral part of the Spartans team. He would earn All-Big Ten honors three times and be named All-American twice. In the 1987-99 season, Montgomery would be a key part of the Spartan team that would go undefeated (with one tie) in the Big Ten and would ultimately go on to defeat USC in that year's Rose Bowl. During his time there, he would also go on to earn the friendship of a very important mentor.

“While I was at Michigan State, Nick Saban was the defensive coordinator for us,” Montgomery said. “He left the year I was drafted [in 1988] to take the defensive backs coaching position with the Houston Oilers. He actually called me on Draft Day and he and I have remained good friends over the years and now I help him out at kicking camps now at the University of Alabama. That's part of what makes Michigan State special. You have a camaraderie with all of these guys that lasts your whole life.”

The Oilers drafted Montgomery in the third round in 1988 and much was expected of him. He admittedly came into the NFL by putting a ton of pressure on himself to succeed. Often in his rookie year, the pressure would get to him and he didn't perform to the level he knew he could. However, he credits his coaches and teammates for believing in him. By the time he retired from the game in 1997, he had become one of the league's best. 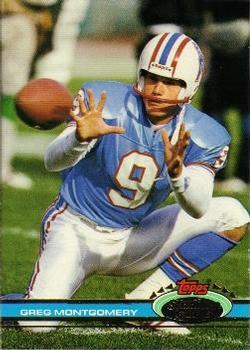 “By the time my second year came around, the game had slowed down some,” he said. “The coaches had faith in me and we had a great bunch of guys in the locker room there in Houston. From 1989 to 1994, I was always in the top three in punting and had been to the Pro Bowl. It wasn't always easy to ease the pressure, but again, you have to have perspective on things.”

Montgomery retired following the 1997 season after spending the past two years with the Baltimore Ravens. He followed several professional paths after he was done, going into real estate and contracting among others.

“I had a few rough years to be honest, making the transition to a 'regular' life out of football. But it all worked out for me,” he said. “I got into coaching and that has let me help a whole crop of players. I've gotten the chance to coach some of the best out there. Most of the time, when I watch games now it has to do with former students of mine. In fact, I had a lot of fun watching a former player of mine, Donne Jones, just win the Super Bowl with the Philadelphia Eagles.”

As with everything in Montgomery's career, he has gained serenity as he's gotten older by letting things slow down. Patience has allowed him to find a path that lets him give back and find fulfillment. He started a punting and kicking coaching clinic called ZenPunt 5.0 in 2003 and now he works for a holistic skincare company that has a philanthropic arm which delivers organic products for women going through chemotherapy.

“I'm really focused these days on having a balanced life,” he said. “I have a balanced diet, balanced sleep patterns, I work out regularly. I concentrate on ways to connect and give back to people. I think that's what life is all about, really.”