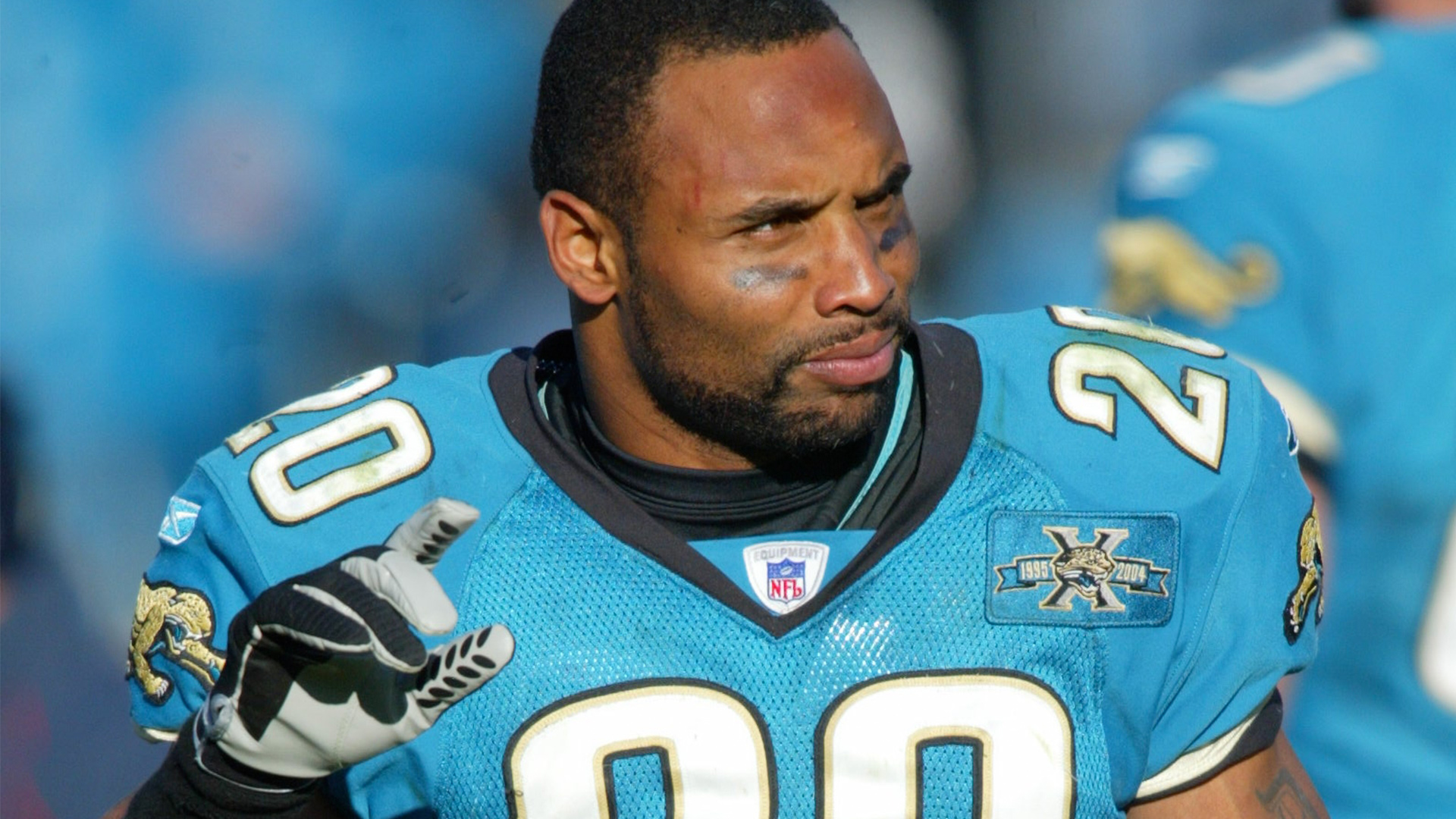 By any definition of the word, Donovin Darius is a leader. On the field and off, Darius has made an impact on the lives of everyone he has come in contact with. Growing up in Camden, New Jersey, he did not begin playing football until his freshman year of high school. Why the late start? Simple, family comes first.

“The reason I started playing in high school was because it was free at that point to play,” he said. “I went out for the Centerville Senators as a kid and made the team. When they told my parents that it was going to cost us 35 dollars for me to play each season, that was just too much money at that time for us. So, I just played on the playground and in the backyard. I still loved the game though and when I got to high school, they couldn’t get me off the field.”

Ultimately finishing his high school career at Woodrow Wilson High, Darius starred as both a wide receiver and defensive back, while also returning punts and kicks on special teams. His skills were evident for everyone to see and he soon began attracting the attention of colleges all over the country.

“I was the first person in my family to go to a Division I college, let alone to get a scholarship, so the decision for me was one I needed to take very seriously,” Darius explained. “No one in my family had any experience with this process, so I asked my coach to take all of those calls for me because he knew what to ask. At the end of the semester, we would sit down and talk with my family and make a decision. North Carolina State, Syracuse, Ohio State, and UCLA.” 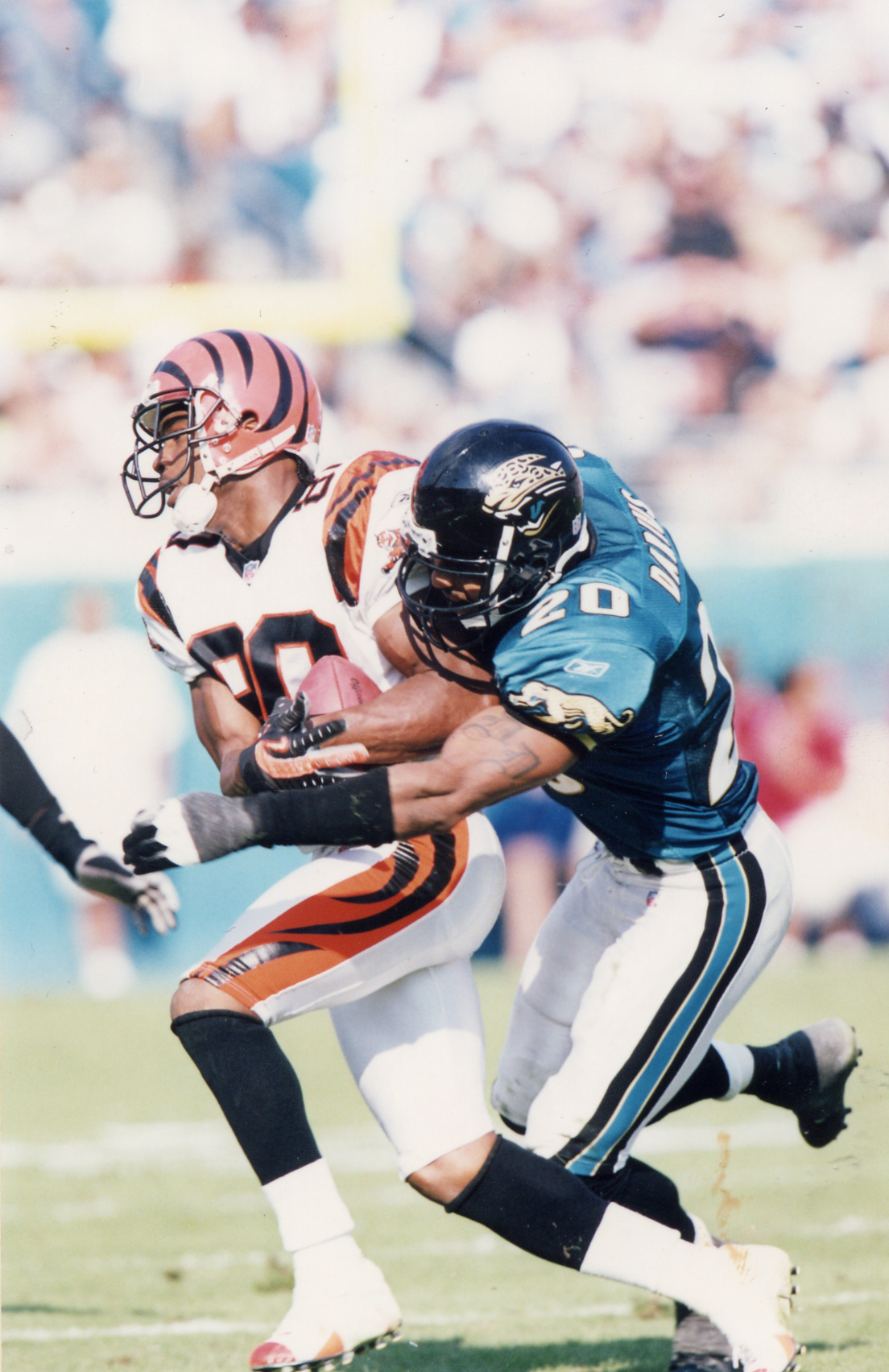 When it came time to make a decision, Darius chose to play for the Orange at Syracuse because of its proximity to home and because of what it could offer him in terms of education. While starring on Saturdays at the Carrier Dome, Darius would rack up two All-Big East First Team honors as well as being named the conference’s Defensive Player of the Year in 1997.

However, when asked what his favorite memories of college are, his leadership is on display and it has nothing to do with his on-field accomplishments.

“Something happened in my life during my third year at Syracuse,”  he explained. “I received a call from my Mother and my two younger brothers got into a little trouble at school. I didn’t want anything bad to happen to them, of course, so I told her to send them up to Syracuse. I applied for legal guardianship of my two younger brothers and they stayed with me. I am blessed to have been able to do that for them.”

Known as one of the hardest hitters in college football, Darius was taken with the 25th overall pick in the 1998 NFL Draft by the Jacksonville Jaguars. He would remain with the team for the next eight seasons and become a cornerstone with the franchise, earning a reputation as one of the hardest-hitting safeties in pro football. He spent the 2007 season with the Miami Dolphins before signing a one-day contract to retire a Jaguar.

“I learned a lot about life and about football while I was here in Jacksonville and those are things I will never forget,” Darius said. “Being able to retire here allowed me to close a chapter on my life and it proved what a first-class organization this is. I still live in Jacksonville and I’m proud to be a Jaguar for life.”

After retirement, Darius went back and earned his MBA at Jacksonville State and began working for the NFLPA and ultimately, the NFL in helping players transition both into the league and out of it. It was in this capacity that he also began working with the American Flag Football League (AFFL) on their Board of Directors.

“A former college teammate of mine, Rob Konrad, introduced me to the AFFL and when I learned more about them, the more I saw it as a fit for what I was doing with the NFL,” he said. “The AFFL gave guys the chance to still earn a living playing and competing at football and it also gave a chance for regular fans to compete against the pros. I’m a big fan of what they are doing, and I feel good about it being a success in years to come.”