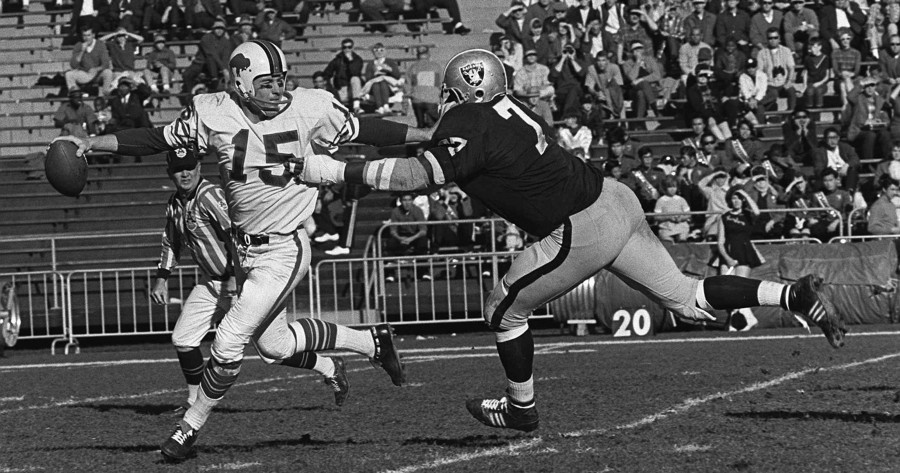 Over the years, certain families have spawned dynasties in the game of football, with multiple generations playing the game and achieving incredible amounts of success. Manning, Golic, Matthews and Harbaugh are a few such names. One that undoubtedly can be listed among this pantheon is Kemp.

The late Congressman Jack Kemp achieved fame in the AFL with the Buffalo Bills, earning MVP honors in 1965 before embarking into a career in public office. His oldest son, Jeff Kemp, played in the NFL for over a decade and led the Los Angeles Rams on a playoff run in 1984.

Jimmy Kemp followed in the footsteps of his father and older brother, first as a star high school quarterback in the D.C. beltway area. He would go on to be a starter at Wake Forest University for the Demon Deacons before embarking on a long career north of the border in the CFL. He took time from his schedule as the current President of the Jack Kemp Foundation to talk about his family, his career in the gridiron and the lessons from football he still uses to this day.

RELATED CONTENT: The Life of a Coach: Q&A with Gary Barnett

EM: So, Jimmy, given your family’s history in the game, was there ever any doubt that you were going to be a football player at some point? Was it pretty much written in the stars for you to follow your father and brother into the sport?

JK: I thought it was a requirement to be a quarterback. I am the last of my parents’ four children and my brother is 12 years older than me. By the time I was born, my brother was already playing football. I learned about my Dad’s career by watching old videos of him with the Chargers and Bills. I played in the backyard by myself and with my friends. I always thought that this is what we do. 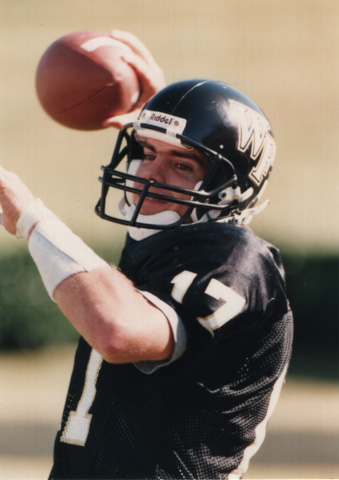 EM: Growing up with the game the way you did, having it ingrained in your everyday life as it was, what about football did you love when you got the chance to start playing?

JK: Well, thankfully, football was something I did well. I enjoyed competing and I certainly enjoyed winning. I think that thrill is kind of what feeds into a love of anything, especially sports. When I got deeper into the game and was able to compete at a high level and be good at it, I think that just kind of enhanced my love of the game.

EM: Did you feel any added extra pressure with your father and brother being successful in football, especially at the quarterback position? I mean, having the responsibility of being quarterback is a lot of pressure in and of itself; was there anything else with your family’s history in the sport at that spot?

JK: Well, again, fortunately for me, I didn’t feel anything extra because I was good at it. I don’t want it to sound bad, but I think that extra pressure to be as good as my Dad and my brother would have been there if I wasn’t performing well. Growing up all the way through high school, that wasn’t a problem for me. Unfortunately, I think I might have peaked a little too soon [laughs]. I was able to feel proud of my Dad and my brother and not feel anything extra.

EM: What led you to attending and playing for Wake Forest University? What would be your favorite on-the-field memory playing there?

JK: I had options from Wake and the University of Toledo as far as Division I schools. My goal was always to play at that level. I sat down and made a chart of all the positives and negatives. Looking back on it, I have to think, “What did I know about it?” Luckily though, it all worked out and I had a great time going to school and playing there. 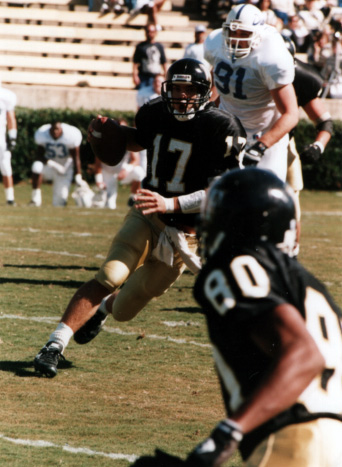 I think my favorite memory is when we beat Clemson in Death Valley my senior year. That was the first time in a really long time that had happened. We also beat Northwestern in Chicago. My junior year, I wasn’t the starter, but we also won the Independence Bowl in Shreveport. I really loved my time there at Wake and I’m proud of what we were able to accomplish.

EM: You spent your pro career in the CFL; how long did it take you to adjust to that style of play? I would think the wide open, fast-paced style of play would be fun for a quarterback, right?

JK: It takes a little bit of time to adjust, honestly. It is definitely different; I didn’t play much my rookie year, but my second year I played more, and things had really slowed down some. I think if I would have gone to the NFL and then to the CFL there might have been more of an adjustment needed, but going right into Canadian football, I think that adjustment was a little less.

You’re right though, it definitely is fun for a quarterback. There being only three downs and the bigger field, and having the receivers running in motion before the snap that really puts a lot of pressure on the defenses. It was a lot of fun; it was my goal to play in the NFL, but I enjoyed my time there and have no regrets.

EM: Tell me about the work you do with the Foundation? I know you started it, what can you tell us about it?

JK: I started the Jack Kemp Foundation shortly after my Dad passed away. In part, I wanted to give recognition to the impact that he had on the national political scene. In 2008, when he started getting sick, he had asked me to take care of all his boxes of papers that he had accumulated during his 18 years as a Congressman and his four years as Housing Secretary. We ended up giving those papers to the Library of Congress.

That’s what got me thinking about the Foundation, because the Library of Congress doesn’t take the papers of any Congressman, but they took his because of his impact nationally.

So, I started the Foundation as a way to further what he felt was the American idea.

He always had an optimism and a hope for the future, so I started the Foundation to keep that going through the Kemp Legacy Program, the Kemp Leadership Academy, and the Kemp Forum. My Dad believed in this country and we wanted to continue that belief through healthy conversations. 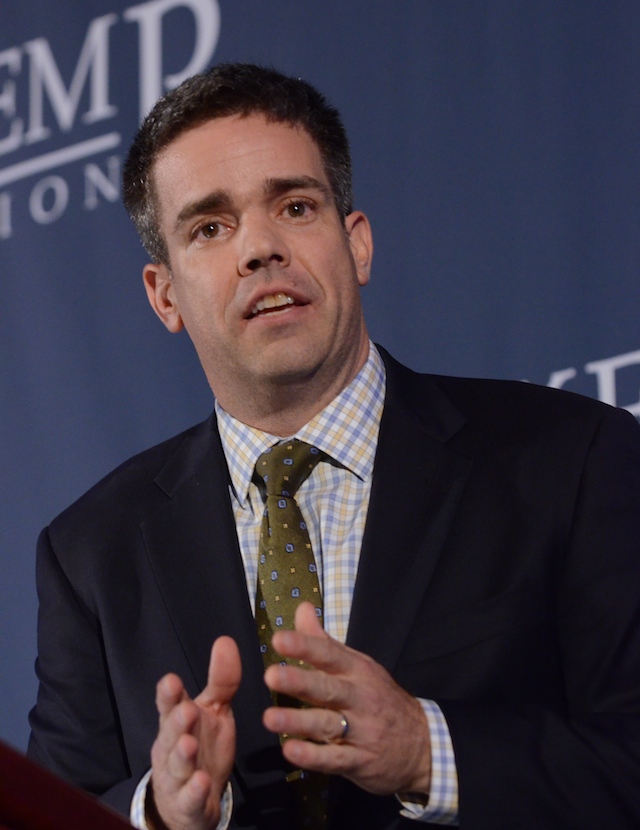 EM: Last question — you’ve spent a lifetime in and around the game of football. What lesson did you get from the game that you still put into practice even now?

JK: I think the great thing about football and especially about the quarterback position is the perspective you get of having to see the entire field and still focus on a specific task. You also have to be willing to be flexible to adapt. I think that’s a great metaphor for life and it is something that I still practice now, especially with the Foundation. We have a mission and a vision, but we are also able to adapt to the times. Football teaches you that and I’m thankful to have been exposed to the game the way I have my entire life.