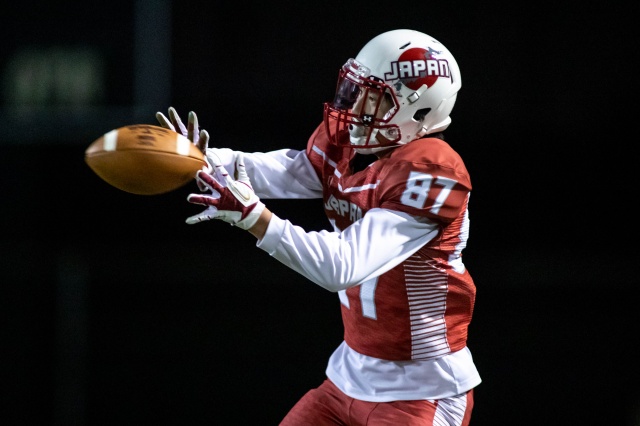 Once a receiver masters the basic fundamentals of the position, it is up to him to add his own flavor to his route running and start to experiment with change of speed, hip shifts and patience to keep defensive backs on their heels and dictate the tempo of the route. Receivers never want to run “paper routes,” meaning they don’t want to run a route the way it’s drawn on paper in the playbook. Running a route versus an actual defense almost always requires more than just running straight and breaking down. Winning one-on-one matchups requires the receivers to attack different angles and use hip shifts at the top of routes.

Both require a sudden change of direction and a violent hip shift that is executed on the player’s insteps (the inside part of his foot). The duck walk exercise is a great way for receivers to learn how to break on their insteps and create violent hip action in routes and releases.

Situationally, both the in-set and vertical set can be used when the defender is in the direction the receiver wants to go or directly on top of the receiver. The execution and speed of each set are different.

The vertical set, which is used for 45-degree cuts like post routes and corner routes should be run with no loss of speed, but a violent change of direction. For example, at the top of a post route the receiver wants to give a hard pressure step off his inside foot to the corner route and then immediately redirect to the post without losing any speed. A key for the receiver is to accelerate through the vertical set and then keep his head down and separate from the defender while using his eyes to find his landmark and stay on a consistent path for the quarterback. Every great vertical set involves a violent hip shift, sudden change of direction and no loss of speed.

The in-set is executed very differently because it’s used on 90-degree cuts, which creates a more difficult relationship with the defensive back. The receiver wants to perform an in-set with a slight loss of speed and violent change of direction. Emphasizing a violent hip shift at the top of the breakpoint is critical here. The only way the receiver can truly sell an in-set with a

violent hip shift in the opposite direction and a good head and shoulder fake is by slowing himself down slightly, so he is fully in control at the top of the route. Playing with a “patient, yet sudden” mentality is very effective when executing an in-set. Patient while executing his plan and sudden when making his move. The receiver can come into this route slow and execute the breakpoint fully, but then he must accelerate out of the breakpoint with speed to gain separation.

Route running is an art and the best receivers are able to take the fundamentals and details coaches teach them and add their own creative spin with a style that works for them. This is especially important on separation techniques such as these in-sets and vertical sets. There is no exact science for receivers to implement these techniques. It’s something that the receiver must gain a feel for through practice and reps while trying different tempos, speeds and stride lengths to figure out what works best. The general fundamentals of in-sets and vertical sets like violent hip shifts and sudden change of direction remain the same, but the exact execution and implementation must be mastered by the individual.