15 life lessons from football that shouldn't be overlooked 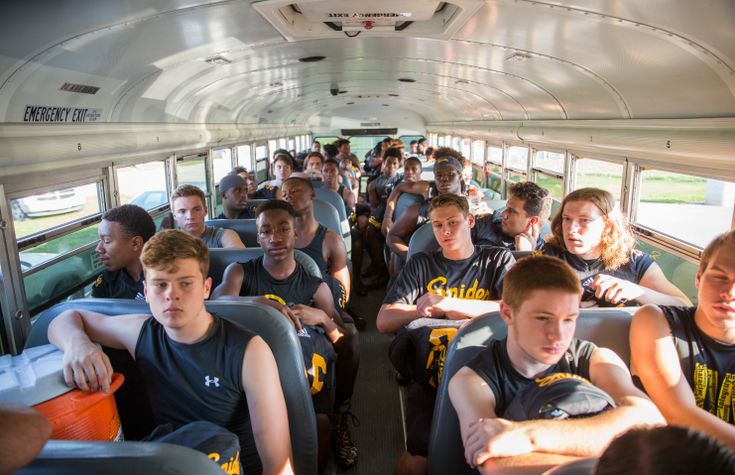 While I had my share of injuries in a decade of playing football, nearly all came during my college years, when the speed and intensity ticked up quite a few notches.

And I wouldn’t trade my experience for anything in the world.

I played football from the time I was 12 years old until I was 22. I earned a full scholarship to play safety at Charleston Southern University, and was fortunate enough to have my education – a bachelor's degree and the better part of an MBA – paid for because of my physical abilities.

RELATED CONTENT: 7 mistakes many athletes don’t recognize until they get older

The lessons I learned from football are priceless. They've helped me in my post-football career (yes, there's life after football). I learned how to tackle people and catch a leather ball, but more importantly, how to lead others and the value of practice. I learned life skills that many of my peers are still trying to figure out at 30 years old.

I was given an unfair advantage because of the time I spent playing football. Not only did I have a support group of peers who looked out for me, I was blessed with a number of mentors who cared about me and wanted me to succeed.

The media endlessly talks about the risks of football and the danger of collisions. What's often overlooked are the benefits that come from the game. The life lessons that young men learn while they play it are priceless.

Here are 15 things football taught me that I use every day:

1. How to compete: There are two types of competition: competition with others, and yourself. Football teaches both. When you face an opponent, you have to study film (research) and think critically about how to beat them (game theory), come up with a game plan (planning), and make that plan come to life (execution).

Individually, you must improve your body to become a better player. If you don't learn to compete with yourself and improve every day, you'll be the weakest link in the chain. That in itself is pressure enough to improve.

2. How to be disciplined: From the schemes our coaches drew up, to early-morning workouts, to the focus required to keep my grades above a certain level, I needed discipline for every aspect of the sport. By the time I finished football, I had no choice but to understand discipline and enforce it throughout the rest of my life.

3. How to work (really) hard: 99.9 percent of resumes say “hard-working” somewhere on them. Think about your workplace. Are 99.9 percent of your coworkers hard-working? Probably not. This isn't to say sports are the only way to learn hard work, but it's a great start. In football, you can earn a name for yourself by outworking your teammates. It's an unfair advantage that's accessible to everyone by changing attitude.

4. How to lead: Leadership is a billion-dollar industry. Managers pay for leadership training, and they pay to learn how to lead themselves. Coaches lead teams, but only to a certain extent. Go to any high school football stadium on a Friday night, and you’ll see more than a few leaders who encourage their teammates when the score isn’t in their favor. Leadership is learned in many ways, and in football, it's learned early.

5. How to follow: With the apparent lack of respect for others we see in the news, this is extremely important. Before you can lead, you have to know how to follow. Study how other leaders do it, how they inspire others and motivate the people around them, and when to stand up for something and when to let the coach do their job. Leadership is rare, but everyone needs to know how and when to follow.

6. How to be accountable: Individuals don't win football games. Teams do. To be on a team, you must learn to be accountable to the people around you. We had a "one fail, all fail" policy on one of my teams. If one person was late, the whole defense was punished. In life, if you don't carry your weight, your whole organization can potentially be punished.

7. How to push others: During fall conditioning, when I was exhausted and wanted to collapse, I figured out how to get through the discomfort. I turned my focus to others and encouraged them. Americans spend billions each year on self-help books, seminars and courses. People search for something or someone to help motivate them. Through sport, we can mold future generations to know how to help each other.

8. The value of practice: Football requires practice. We lift weights, watch film, run sprints and practice until our legs wobble. And because of that practice, we improve. Many people have goals in life but don't know how to reach them. They search for quick answers on the internet and try to avoid the part where they pay their dues. Football taught me how to put in the time and learn to improve skills incrementally.

9. How to sacrifice: I didn't have a typical college experience. Many of my mornings started at 4:55 a.m., and I was pouring sweat before regular students rolled out of bed. In high school, I sacrificed extra time with friends and family because I wanted to get to the next level, and that goal required extra workouts. I learned to sacrifice that “normal” experience for something great, a chance to play college football. Just 6.5 percent of high school football players go on to play in college, and I was one of them. That honor was bestowed on me because I was willing to sacrifice.

11. To control what I can control: Injuries are a part of sports. Football is no exception. Through my injuries, I realized I could handle adversity one of three ways: I could be bitter, I could quit or I could make the best of my situation. I saw some players quit after injuries, most of whom regretted their decision. I saw others carry a negative attitude wherever they went, like a ball and chain slowing them down. And then I saw an upperclassman play his senior year with a broken hand and enjoy every minute of it. He told me, “There’s no use in complaining. It won’t change my situation. All I can do is strap up and play the next play.” That stuck.

12. How to stand for something: By working out, running sprints and watching film, we become committed to our team. We take pride in what the decal on our helmet stands for. We care about the people we sweat with, and we listen to the coaches who lead us. By playing football, we learn what it means to make an unwavering commitment to something.

13. There are no shortcuts: As part of a growing program, we had a new strength coach each year. Each brought his own style and workout preferences. As budgets improved, the school paid more qualified coaches. Each brought better technique and more effective training. One thing remained: If we didn’t hit the weight room and work hard during the offseason, we wouldn’t win games. There are better ways of doing things, but there are no shortcuts.

14. How to finish something you start: I was benched for the first time in my career during my junior year. I was distraught and angry, but didn’t allow myself to be beat by those feelings. I knew being benched was merely an obstacle I had to overcome – no different than an opponent taking the lead in the fourth quarter. I recommitted myself to my passion and started every game as a senior while being elected captain by my peers.

15. How to be selfless: Every player has their own unique talents. Some are blessed with speed, some agility, others with strength. The list goes on. I was a smart player who knew how to play multiple positions. Because of this, I was able to move around when other players were injured. I played three different positions during the course of my career because that’s where my team needed me. Had I chosen to be selfish, I could've hurt the team.

Mike McCann played football at Charleston Southern University from 2004-08. He published a book about his time at CSU, the lessons he learned and the incredible true story of the 2005 team. Learn more about it at “Believe EG21: Play Like There Is No Tomorrow.” Mike is an author, entrepreneur, football coach and philanthropist who resides in Charleston, South Carolina.

This is an updated version of a blog that originally published Dec. 12, 2015.